Mother Teresa (1910 -1997) was a Catholic nun who was awarded the Noble Peace Prize in 1979 for her years of work with the poor in the slums of Calcutta. Religious subjects were a major theme in Ria Bancroft's work from 1964. During the early 1960s Bancroft experimented with different materials in many of her works. Here the polyester resin and Oamaru stone dust effectively combine to give the look and feel of an artwork carved directly from stone, rather than having been moulded. Bancroft was born in England. She moved to Toronto, Canada, in 1951 and worked as a television designer and display artist. She travelled to Italy in 1960 and studied at the Academy of Fine Arts in Florence for two years under Professor Antonio Berti (1904 -1989). In 1962 Bancroft moved to Christchurch where her daughter was living. She exhibited regularly and received many commissions, including Tabernacle Screen Doors for Christchurch’s Cathedral of the Blessed Sacrament. 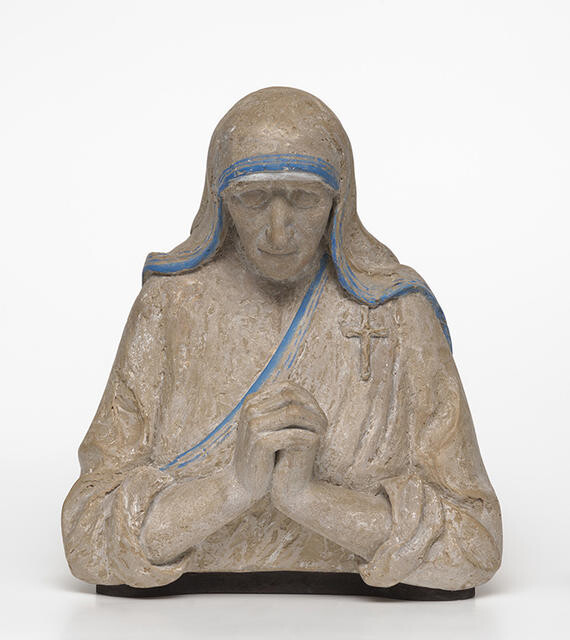 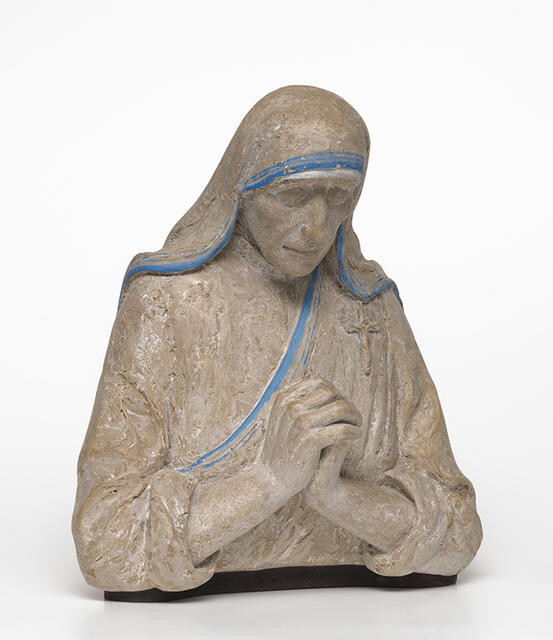 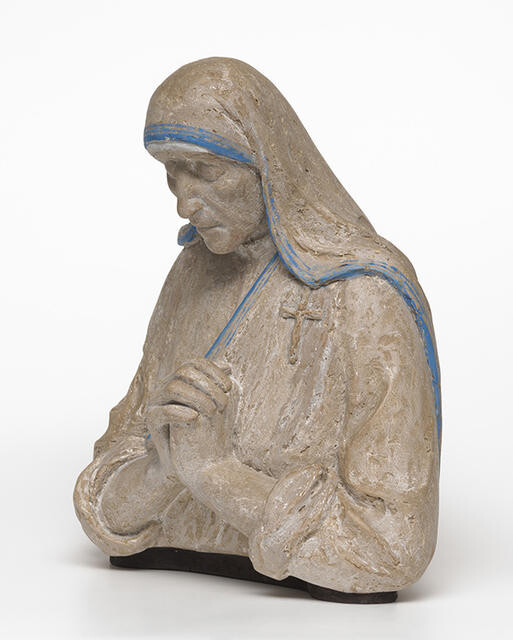