The emphasis of this portrait is on the wealth and prestige of the sitter. Joseph Highmore has painted his subject in a highly realistic and refined manner, capturing the textures and colours of the clothing, and the background drapery with care and precision. The influence of Peter Paul Rubens (1577 -1640) can be seen in the lush texture and particular attention to detail. The work is a good example of Highmore’s elegant and sophisticated portrait style. Remarkably, he is reputed to have always painted his faces at a single sitting without retouching them at a later date. Born in London, Highmore was the son of a coal merchant. He originally trained as a lawyer, but by 1715 he was established as a professional portrait painter in London. He was amongst the most accomplished portrait artists of his age and gained a large reputation both in England and the Continent. He retired as a painter in 1761. 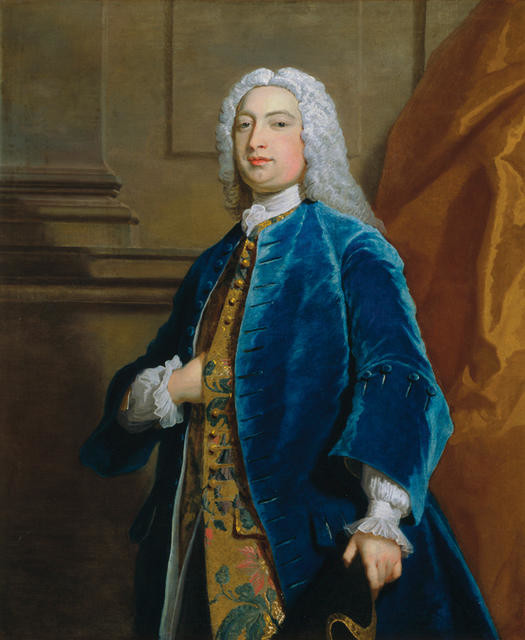 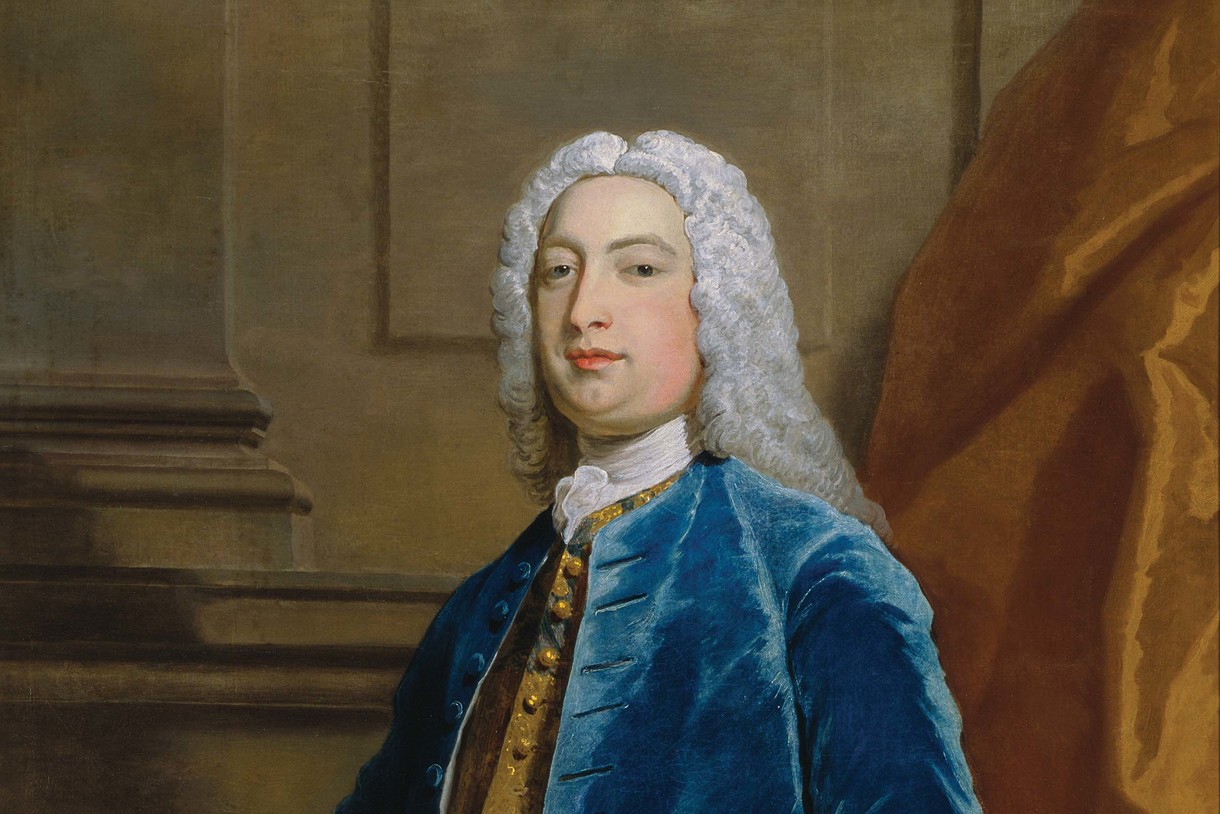 Several early British portraits in the Gallery’s collection depict sitters whose identity is as yet unknown; pleasingly, their number has been reduced in recent years. One painting in particular—previously titled Portrait of a Gentleman in a Blue Jacket and Embroidered Waistcoat — is greatly enriched by having the story of a specific human life attached to it. It is also unexpectedly linked to other portraits in the collection.