Amarga Presencia (Bitter Presence) is from Francisco Goya’s most dramatic series of etchings, Los desastres de la Guerra (The Disasters of War), which he began around 1810. Consisting of 80 prints, the series relates to the violent plight of Spain during the early 1800s when it had been invaded by France. A major figure in Spanish art, Goya produced nearly 300 prints. As Amarga Presencia shows, the theme of assault and rape recurs throughout the Los desastres de la Guerra series, which focuses on the violent realities of warfare. Born in Aragon, Goya trained under the court painter Francesco Bayeu (1734-1795). In 1795 he succeeded Bayeu as Director of Painting at the Academy San Fernando, and in 1799 he was appointed First Court Painter. He retained that position under Joseph Bonaparte during the French occupation of Spain from 1808 to 1814, and was retained again by Ferdinand VII until 1826, when he settled in Bordeaux in France. 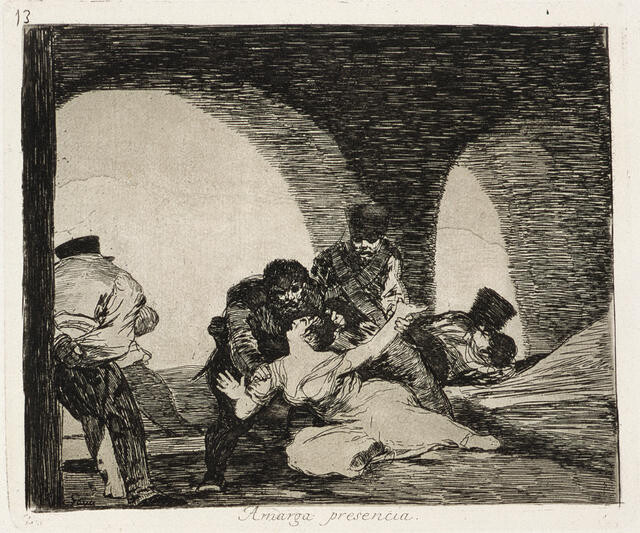