Celebrating the abundance of harvest, Lois White’s idealised youthful female figures form a lively composition, with expressions ranging from cool detachment to innocent delight. Reminiscent of English Art Deco mural design, this study was possibly made in preparation for a larger work.

In her work White focused on stylised figure compositions based on religious, moral or political themes.

White was born and lived in Auckland. She studied at the Elam School of Art under A.J.C. Fisher, who was appointed director in 1925. White began teaching part-time at the School in 1927 and became a lecturer there in 1950. In 1948 she was a founding member of the New Group, a collective of Elam teachers and students who resisted the growing interest in abstraction. White showed work in the ‘Women’s International Art Club’ exhibition in London, which was part of the Festival of Britain in 1951. She retired in 1963 but continued to exhibit with the Auckland Society of Arts until 1979. 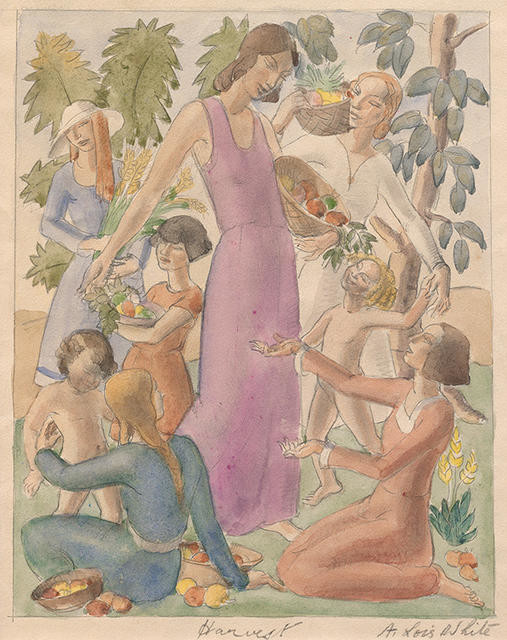