Following the French Revolution of 1848, many artists involved with the Barbizon School were interested in depicting workers, such as this peasant couple, living harmoniously with nature and going steadily about their hard and unremitting labours. Jean-François Millet moved to Barbizon in 1849. This is the etched version of Millet’s painting of the same name, which he had completed in 1851. Part of the work’s visual strength comes from the deeply etched lines that sharply model the couple's clothing and provide contrasts of light and shade on their faces. Born in Normandy into a peasant family, Millet worked on the land as a young man. In 1837, however, he entered the studio of Paul Delaroche (1797-1856) in Paris. He exhibited with the Salon in 1840. Millet spent many years living in poverty but in the 1860s his work became more popular and a retrospective exhibition of his work was held at the Éxposition Universelle in Paris in 1867. Millet was awarded the Légion d’Honneur in 1868. 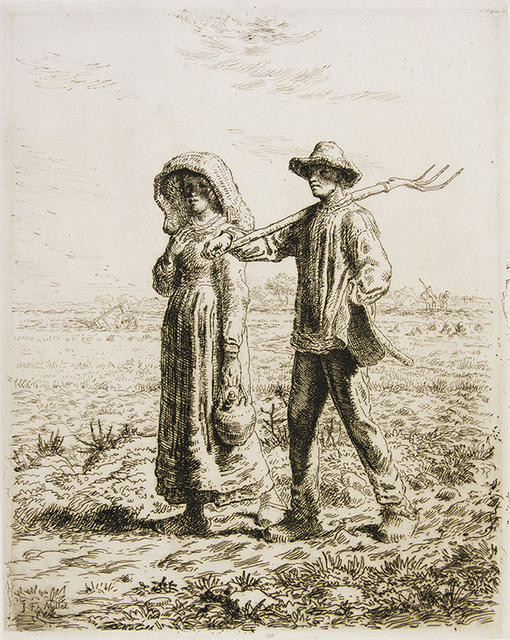