Théodore Roussel’s etching of wilting flowers in a decorative ceramic vase reflects the Japonisme, as it was known, of the period. Roussel was born in Brittany, spent time in the military during the Franco-Prussian War of 1870 and, after completing his service, moved to London in 1878 and remained in Britain. James McNeill Whistler, who admired Roussel’s work, sought him out in 1885, and became both a friend and an important influence. 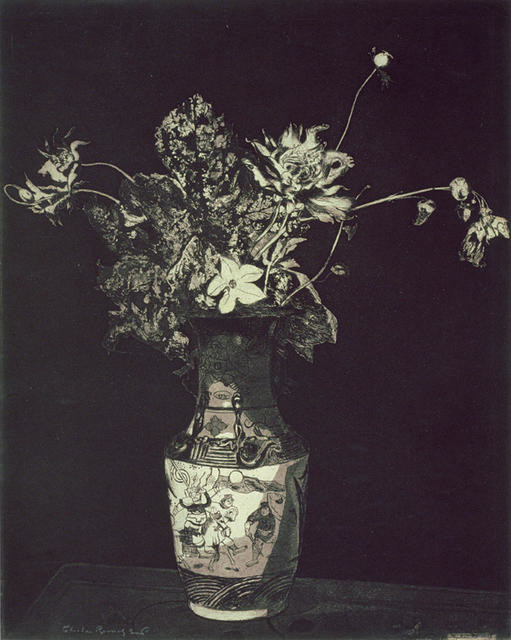