Victoire choragique appears in volume IV, Statues, where it is identified as a small bas-relief in marble of Paros, example of earliest Grecian style.

The choragos was the man who assembled and paid for the chorus in Greek theatre. Various choragic competitions, and thus choragic victories, are known, but which this one depicts is not recorded. 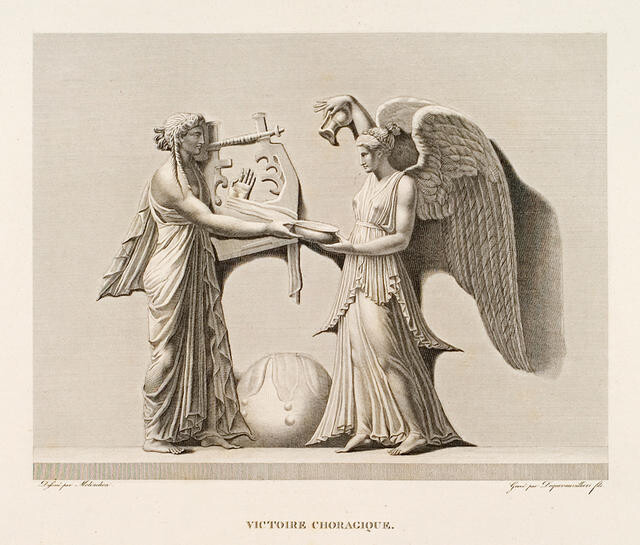