As with Don Driver’s Painted Relief No. 11, this painting by Pat Hanly was acquired by Muir in June 1972 from the Benson & Hedges Art Award held at the Canterbury Society of Arts. 1972 was also the year that Hanly’s colourful mural was installed in the recently completed Christchurch Town Hall. Much of Hanly’s work focused on figures, and in Do It the spontaneous approach to painting that he became renowned for is evident. Hanly commented on his painting in 1980: The way I work is to just sit there for days on end sometimes, and I know there’s no point in even taking the cap off the paint until I’m ready because I work so quickly. You’ve just got to hang around and wait. So you stay, and look around, and the machinery is obviously going on all the time, and then Blat! And you’re into it, and it might only last half an hour with very intense developments being resolved. 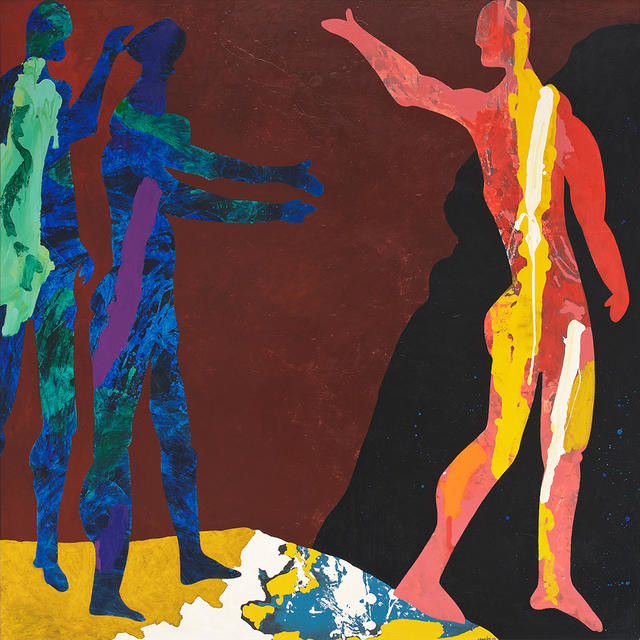