In 1897 William Nicholson started his most famous group of prints, Twelve Portraits, which were studies of the most celebrated figures in English society of that time. The first portrait woodcut was of Queen Victoria, closely followed by the portrait of the Prince of Wales (later to become King Edward VII). Here the stark contrast between the figure and the virtually empty background gives the subject a stronger presence. During the short period he was active as a printmaker, Nicholson’s woodblock prints were perhaps the most revolutionary images in printmaking of the late Victorian era. Born in Newark-on-Trent, Nicholson studied at Bushey’s School of Art in London and at the Académie Julian in Paris. He began working with James Pryde, his brother-in-law, from 1894. They were very successful with the posters they designed under the name of Beggarstaff Brothers. Nicholson also exhibited with the International Society of Sculptors, Painters and Gravers. He was a founder member of the National Portrait Society. Nicholson was knighted in 1936. 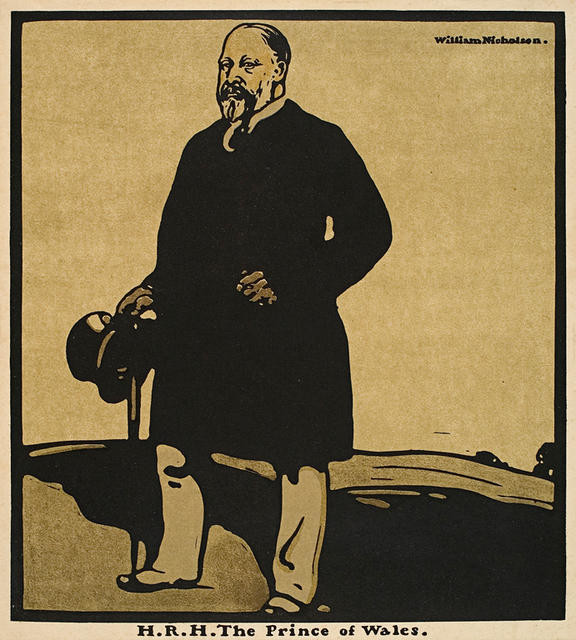 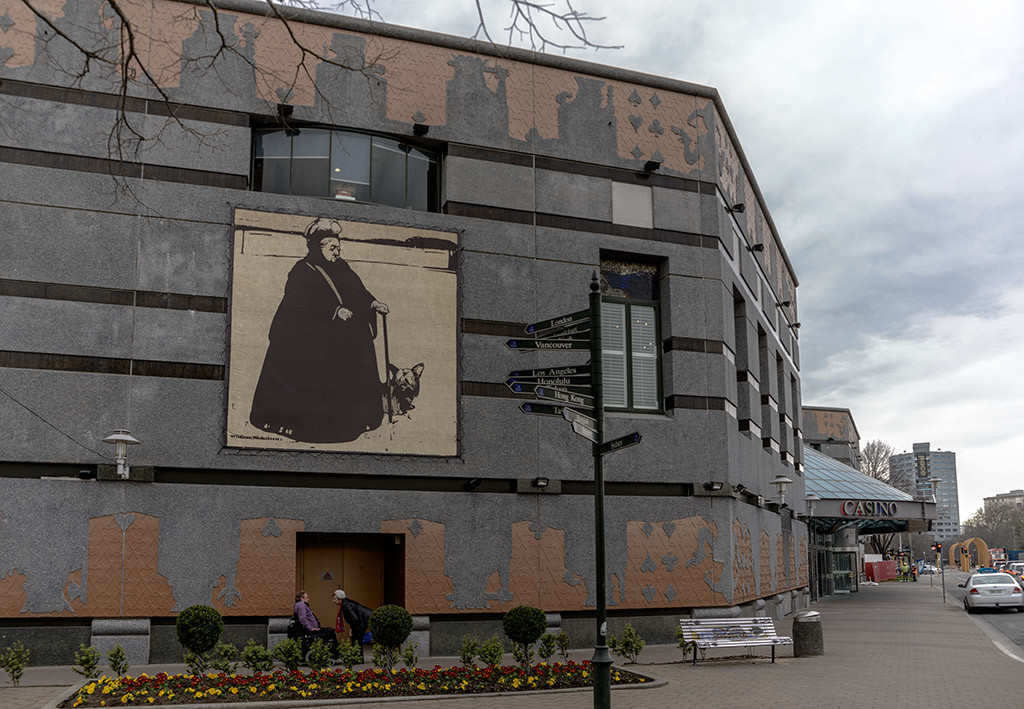 This portrait of H.M. The Queen by William Nicholson from our collection has recently popped up in two places on Victoria Street.