This is a portrait drawn from a newspaper photograph. The young woman was Prince Charles’s girlfriend at the time. Doris Lusk enjoyed the challenge of portraiture and was drawn to Bettina’s strong aristocratic profile. Working from the original black and white photograph, Lusk has used an expressionistic style, with a variety of textures. She has kept the tightly cropped composition, but gives a fuller picture of the young woman through the addition of rich colour and the fluid use of line and tone. Lusk was born in Dunedin where she studied at the King Edward Technical College. She and her husband settled in Christchurch in 1943. Lusk taught at the University of Canterbury School of Fine Arts from 1968 to 1981. A potter as well as a painter, she tutored pottery from 1947 and was a foundation member of the Canterbury Potters Association in 1965. In 1974 Lusk travelled to Europe, Canada and the United States after receiving a Queen Elizabeth II Arts Council Travel Award. 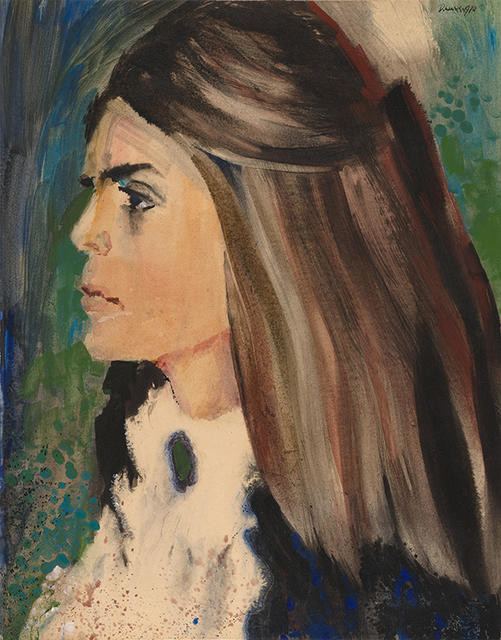 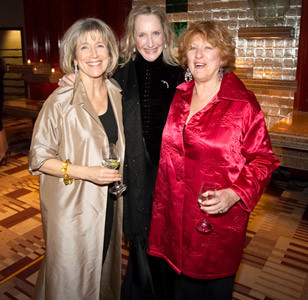 The lady on the left is Lady Bettina Drummond-Hay. She enjoys the style 'Lady' because her father is Robert Alexander Lindsay, 29th Earl of Crawford and 12th Earl of Balcarres.