Many of Ernest Thompson’s works were portraits and he produced and exhibited etchings based on gypsies throughout his career. This work is typical of Thompson’s style, which was strongly influenced by his studies under Sir Frank Short (1857-1945) at the Royal College of Art. At the college Thompson was awarded the Sir Frank Short prize for etching. Short is credited with being responsible for the technical excellence of British printmaking between the First and Second World Wars. Born in Dunedin, Thompson studied at the Dunedin School of Art. Following World War I, during which he served with the New Zealand Expeditionary Force, he received an army scholarship and went to study at the Slade School in London. Thompson then studied at the Royal College of Art. In 1923 he was a finalist in engraving for the Prix de Rome. Thompson lived the rest of his life in England. He taught art and exhibited with many societies, including the Royal Academy and the Royal Portrait Society. 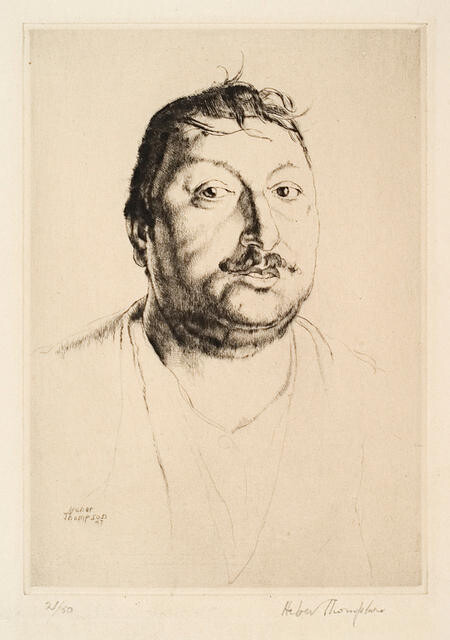