Wiremu Watene Tautari (c.1834–1933) was one of Charles Goldie’s earliest Māori portrait subjects, and was said by a descendant to have met the artist through the timber shipping business. A merchant operating a substantial kauri trade between Pitoitoi/Riverhead in the upper Waitemata Harbour and the mills of Auckland, Tautari supplied timber to a mill at Commercial Bay operated by the artist’s father David Goldie, who was Auckland’s mayor at that time. Tautari had been present as a small boy in March 1841 when Lieutenant-Governor Captain William Hobson landed at Ōrākei, and Ngāti Whātua chief Apihai Te Kāwau presented the Crown with the land that became central Auckland. Expected protection and mutual benefit, however, were unfulfilled: further Crown purchases and confiscations saw Māori a minority in this area by the late 1840s. Almost complete loss of lands would follow. Tautari lived to the age of ninety-nine, and was active throughout his life in campaigning for the return of Ngāti Whātua rights and land. 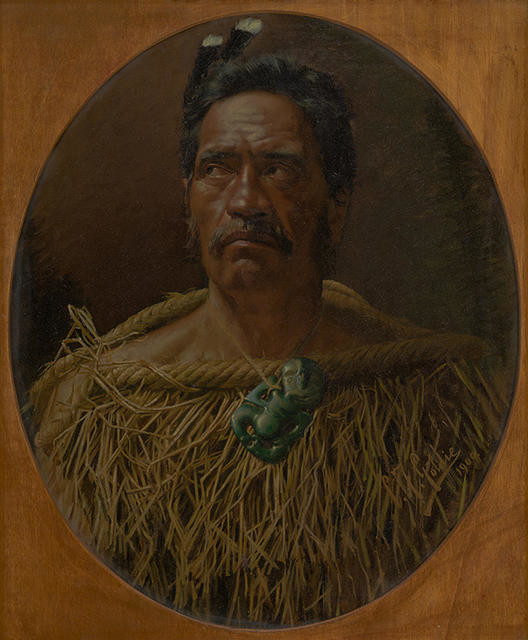