These fishing boats were moored at Lyttelton, separated from Christchurch by the Port Hills. Now accessible by tunnel, there used to be a passenger train to Lyttelton and Rudi Gopas often spent time sketching there. Lyttelton is the cargo port for Canterbury but Gopas has chosen to emphasise the fishing fleet instead.

The simplified drawing and strong colour applied with bold brushstrokes show the influence on Gopas of German Expressionism. The energy and vigour of his style reinforces the fact that he has taken a subjective, rather than objective, approach to the landscape.

Gopas was born in Lithuania. From 1945 to 1949 he and his wife, Natasha, lived in a refugee camp in Ehrwald, Austria. They then came to New Zealand. As well as painting, Gopas worked as a photo processor in Dunedin and Christchurch, where he began exhibiting with The Group. From 1959 to 1977 he lectured in Painting at the Canterbury University School of Fine Arts where he had a considerable influence on a generation of painters. 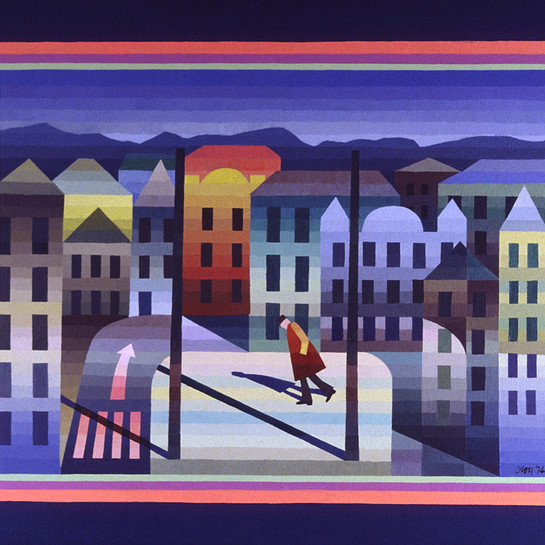 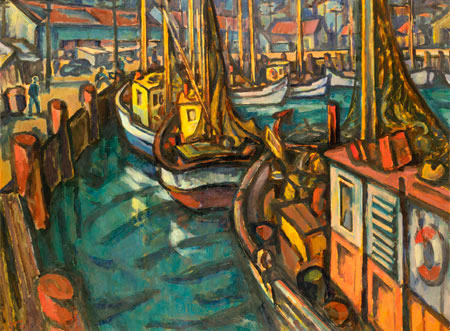 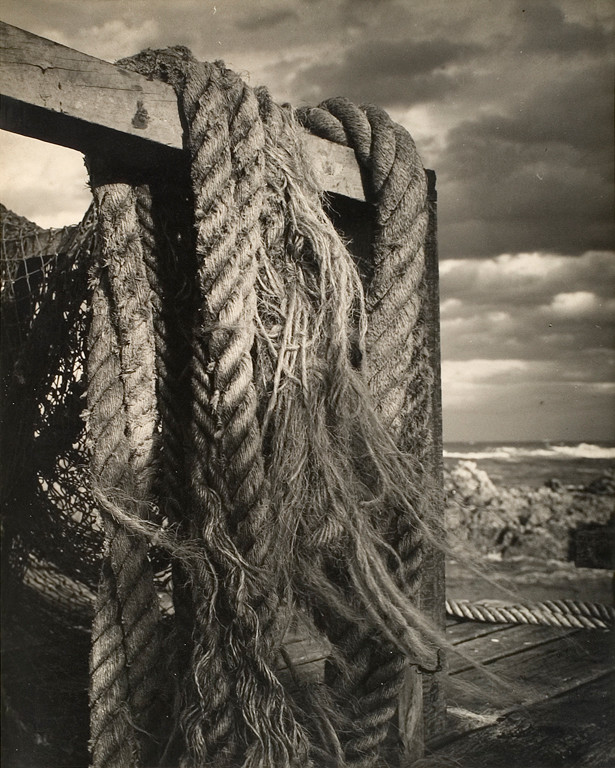