The large scale of this painting adds to the sense of drama as the storm menacingly approaches and with it William Sprott has produced a romantic vision of Christchurch's Port Hills. It was among the last works painted by Sprott before his career was cut short at the age of 29. A studio painting, it would have been worked up from studies made out of doors. Sprott has accurately observed the scene and paid particular attention to detail in the foreground, such as the sheep and vegetation. Born in Dunedin, after a brief career as an insurance clerk Sprott developed an interest in painting while in Auckland. He went to England in 1884 and there saw the paintings of Stanhope Forbes (1857-1947) and the Newlyn School. They had an influence on his own art. Returning to New Zealand, Sprott studied at the Canterbury College School of Art from 1887 and later taught there. 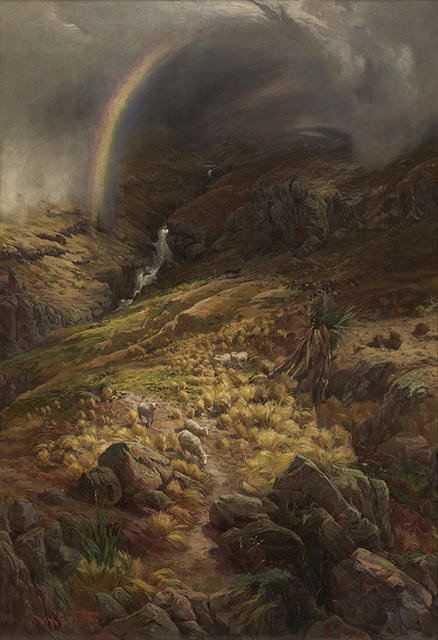