Eugène Boudin, the son of a ship’s captain, was born in Honfleur on the Normandy coast, France, and moved at an early age to Le Havre. There he opened a framing shop in 1844, and began showing the work of painters including Jean-François Millet, who encouraged his early efforts in painting. Boudin first visited Paris in 1847; in 1851 he won a scholarship that allowed him three years’ study in Paris before returning to Le Havre. Boudin became one of the first French landscape painters to paint en plein air (in the open air), an approach then regarded as a novelty, and that increased after his visits to Brittany in 1855 and 1857. In 1858, he met eighteen-year-old Claude Monet, then a caricaturist, and persuaded him to take up landscape painting. Monet worked alongside his mentor, and paintings by both were included in an exhibition in Le Havre later that summer. Boudin is recognised as a forerunner of the Impressionists, and was included in their first exhibition in Paris in 1874. 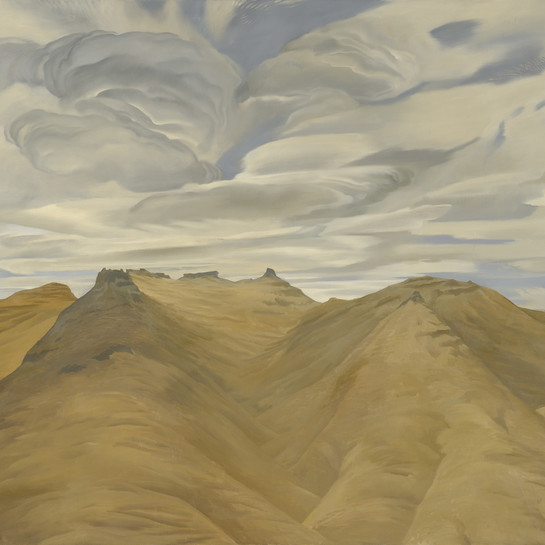 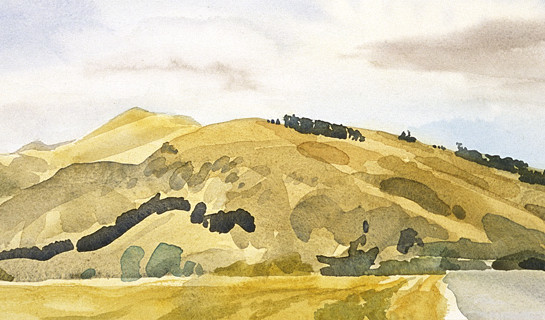 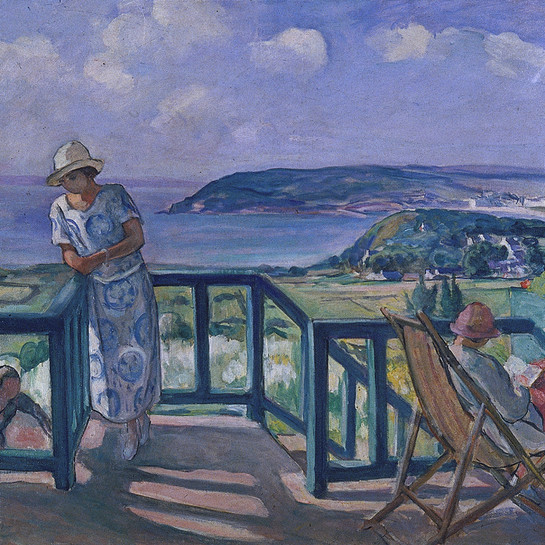 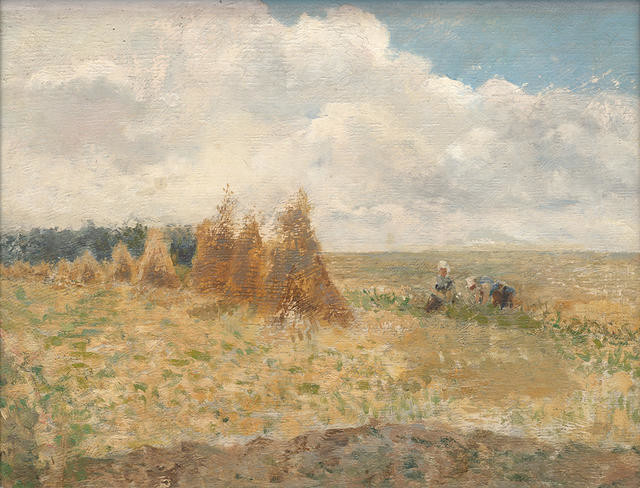