Trained at the Royal College of Art in London, Francis Shurrock arrived in New Zealand in 1924 to teach sculptural modelling at the Canterbury College School of Art (now the University of Canterbury). Shurrock was a much-liked and inspiring presence at the College for twenty-five years, and exerted a considerable influence on a generation of students. Among the best-known of these were Russell Clark, Olivia Spencer Bower, Rita Angus, Bill Sutton, Toss Woollaston and Juliet Peter – all of whom feature in this exhibition. This linocut, believed to have been produced as a demonstration piece for Shurrock’s printmaking classes, reflects his often expressed belief in the importance of connecting art to everyday life. 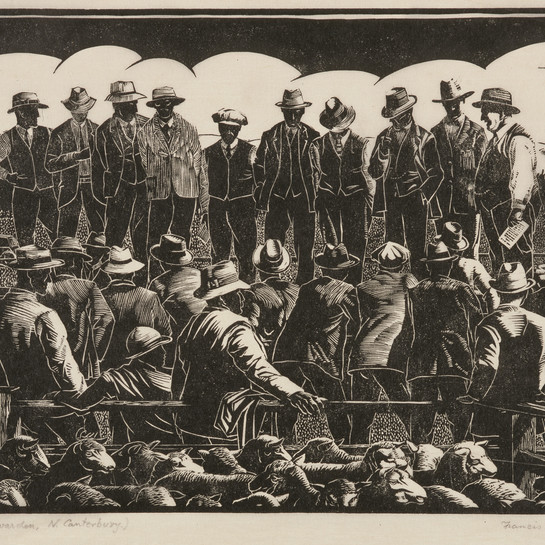 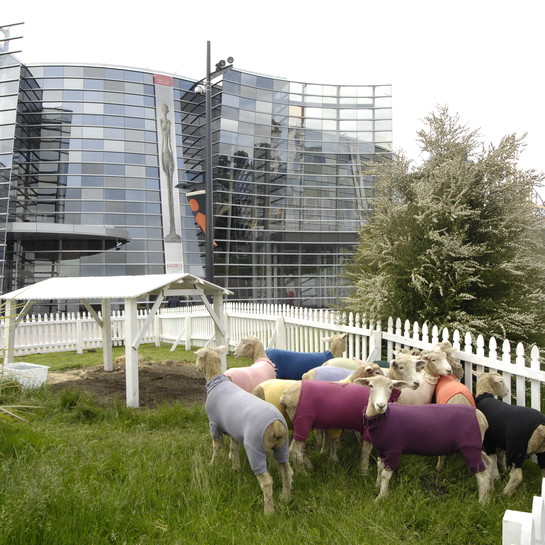 A and P: art goes country 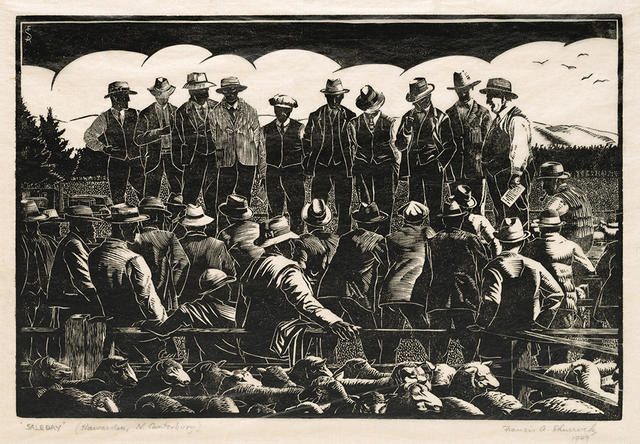