During the 1890s St. George Hare painted a number of large studio canvasses of subjects derived from Roman history. Some included scenes of persecution incorporating Moorish slaves. Such paintings required many preparatory studies and it is thought that this work is one of them. The slave woman’s face has been treated with detail and accuracy, reflecting Hare’s training, which placed a heavy emphasis on the faithful recording and drawing of subjects. Born in Limerick, Ireland, Hare initially trained from 1872 to 1875 at the Limerick College of Art. There he was awarded a scholarship to the National Art Training School, South Kensington (later the Royal College of Art) in 1875. Abandoning thoughts of becoming a teacher, Hare embarked on a career as a professional full-time artist. He began exhibiting with the Royal Society of British Artists in 1883 and at the Royal Academy in 1884. He was based in London for most of his career where he concentrated on portraits, genre works and nudes. 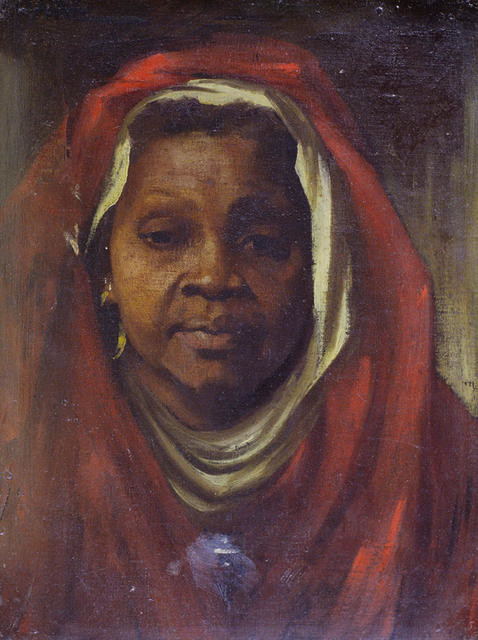