The location of this scene is unknown but it highlights the plein air (outdoors) method of painting for which Charles Eastlake is best known. He was essentially a landscape artist, and by 1895 he was painting with the Newlyn artists at St Ives, Cornwall. On Eastlake’s 1909 visit to New Zealand he painted outdoors in the Hutt Valley at Pumpkin Cottage, Silverstream, which New Zealand’s most famous plein air painter, James Nairn, had established in the 1890s. Little is known about Eastlake’s early life. He studied in Antwerp and Paris during the 1880s, and began exhibiting with the Royal Society of British Artists from 1889 and the Royal Academy in 1892. He settled in London. Eastlake’s wife, Mary Bell, was also an artist and in 1909 the couple visited New Zealand, touring a large exhibition of their work. 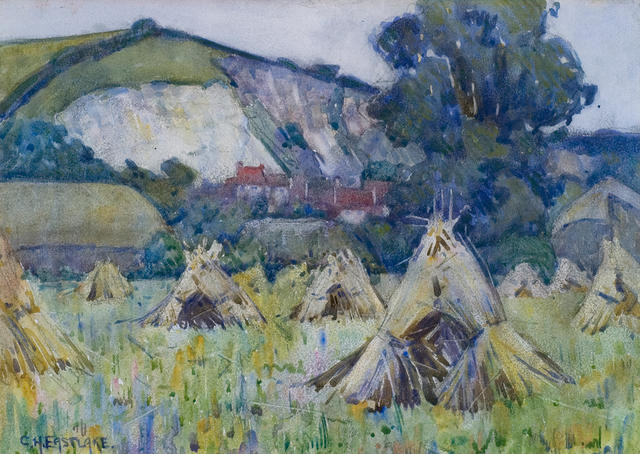