This painting shows fishing boats in a squall off the Dutch coast. The subject matter is typical of Thomas Robins’ work and reflects the Victorian taste in marine art, which favoured stormy scenes and shipwrecks.

There are no records of where Robins trained, however he was an accomplished watercolourist. He would often paint stormy scenes, effectively recreating the atmospheric conditions. His knowledge of shipping and rigging was limited, however. Robins gained considerable popularity in his lifetime, mainly because his work was produced in print form, and so reached a wide audience.

Robins was based in London and exhibited periodically at the Royal Academy. He also exhibited at the New Water Colour Society, where he was elected an Associate in 1839. This work was originally in the collection of Sir Leonard Woolley. In 1960 the Gallery received ten works from the Woolley bequest, providing an important addition to the 19th century British painting collection. 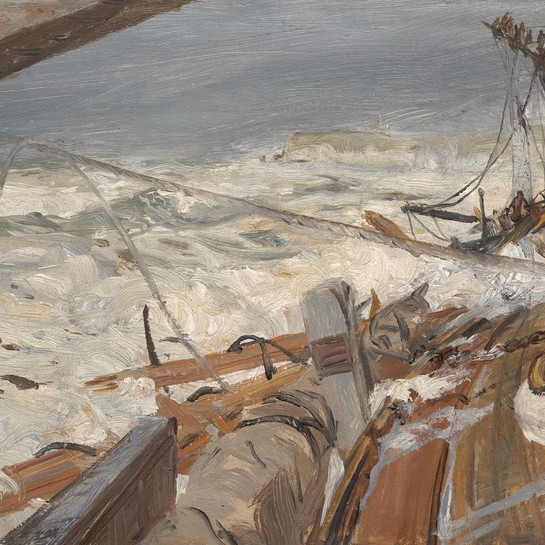 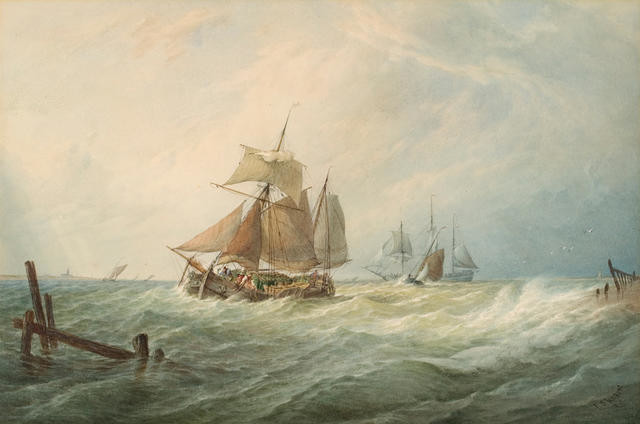