The ‘home’ fields of a farm were those closest to the farmhouse, which in this work Édouard Chappel shows tucked behind a stand of trees. Pastoral landscapes were popular at this time with naturalist artists throughout Europe and Chappel was no exception, although he was best known for his still life paintings. The Home Fields shows the influence of naturalism,which was practised by many European artists in the second half of the 19th century. Their aim was to represent reality as faithfully as possible. Chappel has here used the slightly loose brushwork common among many naturalist painters. Chappel was born in Antwerp where he studied at the Fine Arts Academy. He was the co-founder, with fellow Belgian artist Henry Rul, of Aze ick can (‘as I can’), a Belgian artistic movement. Chappel exhibited at the Salon d’Automne, Paris, in 1907 and at the Royal Academy in London between 1892 and 1933 and was a member of the International Society of Artists. 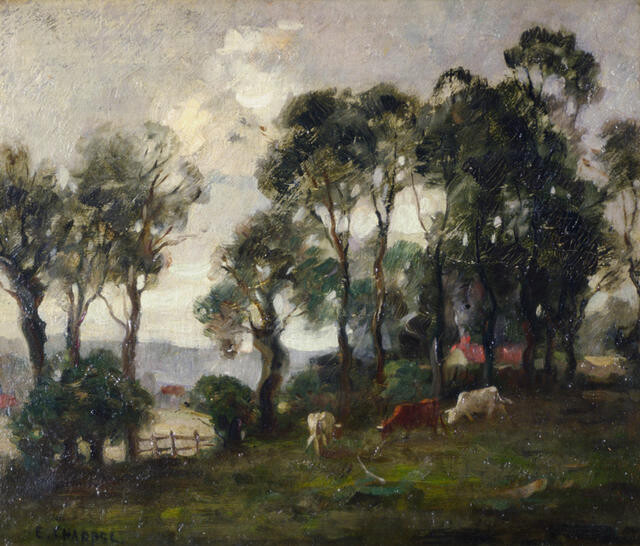