In 1933 James Cook left Canterbury for Spain, where he lived and worked until 1936. This work was completed before his departure. Many New Zealand artists of Cook’s generation travelled to Europe to broaden their artistic training and experience different cultures. Cook was an excellent draughtsman. In this drawing his skill is evident in the subtle variations in line and tone, resulting in a convincing self-portrait of the artist. Cook was born in Christchurch and studied at the Canterbury College School of Art. He travelled to Europe in 1926, going on to study in Edinburgh, Rome and London. He returned to New Zealand in 1929 and taught at Canterbury College School of Art until he left to live in Spain. In 1939 he became an accredited war artist. Cook later lived in Sydney and Perth, but died in Florence. 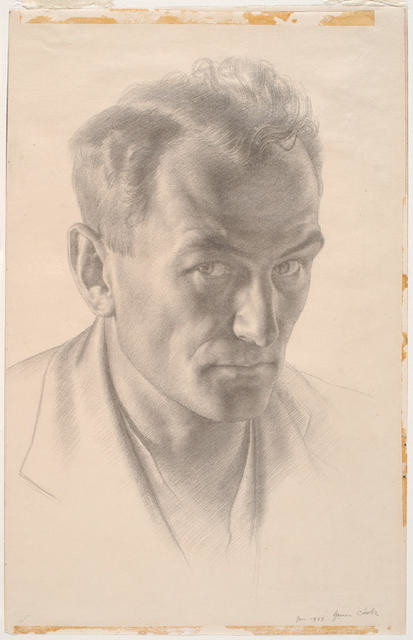