Herbert Horridge was born in Bolton, England in 1892. He served in Turkey, Malta and France in World War I and was badly wounded. He studied in Manchester, Liverpool and, on coming to New Zealand in 1920, at Canterbury College School of Art in Christchurch. He later joined the staff of the School as an instructor, where he met his wife. Amongst his students was W A Sutton (1917-2000). He was a talented musician and linguist. He was represented in the 1940 New Zealand centennial exhibition. Horridge died in Christchurch in 1947. 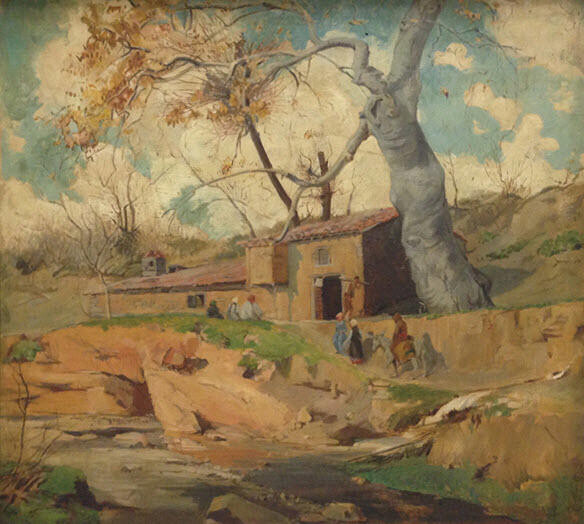