In 1993, Rachel Whiteread won the Turner Prize for her full-scale cast concrete sculpture of the inside of a London terraced house. The positioning of its windows and doors were instantly familiar to anyone who grew up in such a house. At the same time it was fundamentally strange to see the small volume of the rooms that were once inhabited by families, and in which whole lives were played out. In this related print, Whiteread repeats the form of a door and jamb from a childhood home. The familiar past is conjured up and made strange by repetition in the present. 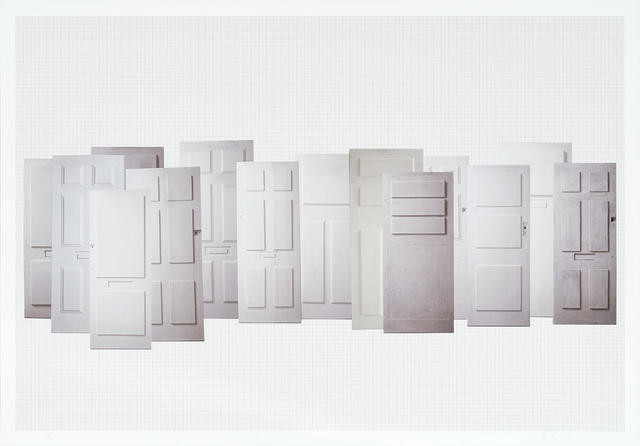