This is a picturesque but sanitised rural scene in which the subjects appear happy and content with their way of life. It was the kind of image that appealed to Victorian audiences. Myles Birket Foster achieved considerable success specialising in these scenes, first as an illustrator, then as a watercolourist.

Birket Foster often used the watercolour stippling technique that can be seen here, particularly in his treatment of the foliage on the right. His style differs greatly from the more hard edged and stoic interpretations of rural life by his contemporaries, the French Realists.

Birkett Foster was born in Tynemouth and was apprenticed as a wood engraver from an early age. He provided illustrations for Punch and The Illustrated London News and during the 1850s he designed illustrations to accompany the poetry of Henry Wadsworth Longfellow, Sir Walter Scott and John Milton. His major illustrative work was Pictures of English Landscapes (1858). 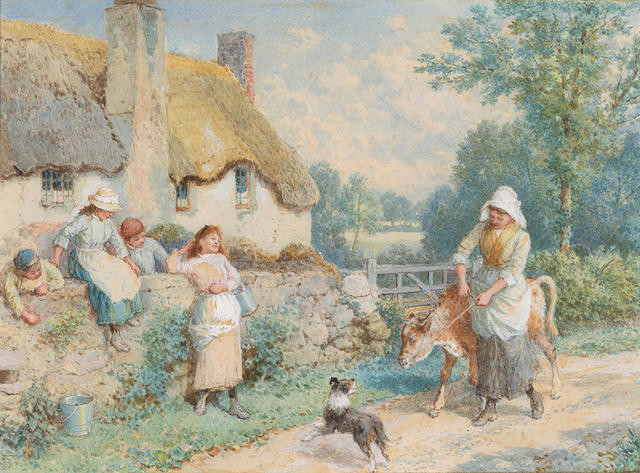