Located on the east coast of Marlborough Sounds, Port Underwood was home to a thriving whaling industry in the 1830s and 1840s. As an employee of the New Zealand Company, William Fox visited and sketched in the area during December 1847 while selecting a suitable port for the Wairau district. The grave of Kuita Rangiawa (Ngati Toa) is seen in the foreground, and looks down onto Guards Bay, named after the whaler John (Jacky) Guard. Fox initially studied as a lawyer, and it is unlikely that he had any formal art training. In this early work he has incorporated carefully controlled watercolour washes to create an accurate depiction of the view. Born in Durham, England, Fox married Sarah Halcomb in 1842, the same year they emigrated to New Zealand. As an early artist-surveyor and resident agent for the New Zealand Company, Fox explored and painted many of the country’s remote areas. 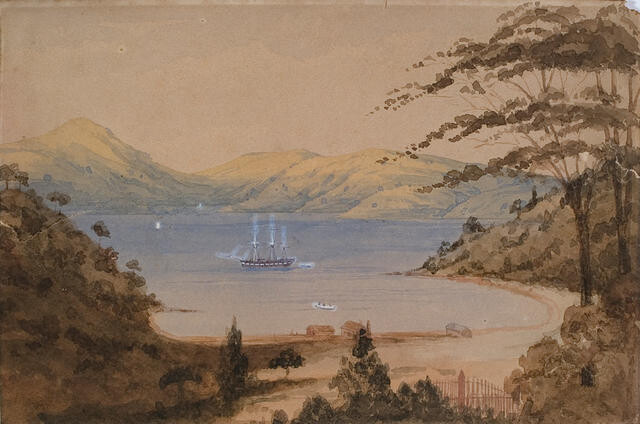