A Garden, Cashmere Hills was completed shortly after Margaret Stoddart and her sister Agnes had moved to Hackthorne Road on Christchurch’s Cashmere Hills in 1914. Flowerbeds were a favourite subject for the artist, providing vibrant and colourful scenes that were ideally suited to her mature, Impressionist-influenced style. Stoddart developed a freer approach to her work during her time in Europe between 1898 and 1906. In A Garden, Cashmere Hills broad wet washes of colour have been overlaid with a body colour (white), which highlights the flowers. Stoddart was born in Diamond Harbour, on Banks Peninsula, but in 1876 the family sailed for Britain and she received her early education in Edinburgh. The family returned to New Zealand in 1879, and in 1882 Stoddart enrolled at the Canterbury College School of Art. She was a founding member of the Palette Club, whose members were concerned with painting outdoors. After living in England for several years, Stoddart returned to New Zealand in 1907 and settled in Diamond Harbour. 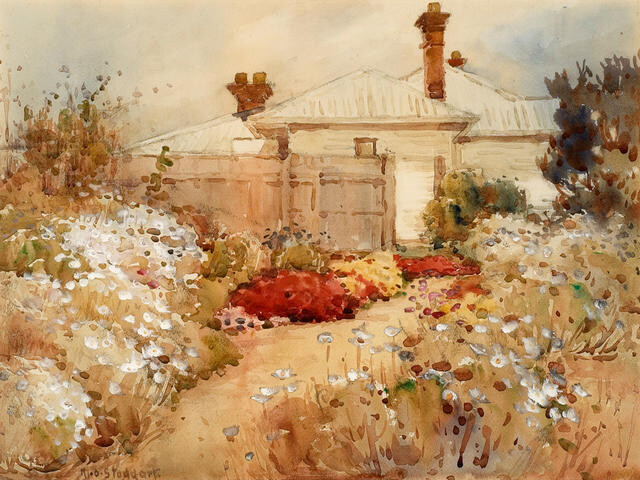