In recent years Shane Cotton has worked with lithography, producing two bodies of work in 1998 and 2004. Kikorangi and the etching Down Under both feature moko mōkai, sacred shrunken heads that Māori traded with Europeans in the late eighteenth and early nineteenth centuries, a subject he examined in his recent body of paintings. In Kikorangi, which translates as ‘firmament’, two birds appear either side of a moko mōkai. Birds are significant in Māori culture both as symbols of death and for their connection with the spirit world.

Cotton studied painting at the University of Canterbury School of Fine Arts between 1985 and 1988. He is today widely considered to be one of New Zealand’s leading painters and is represented in New Zealand and Australian public collections. 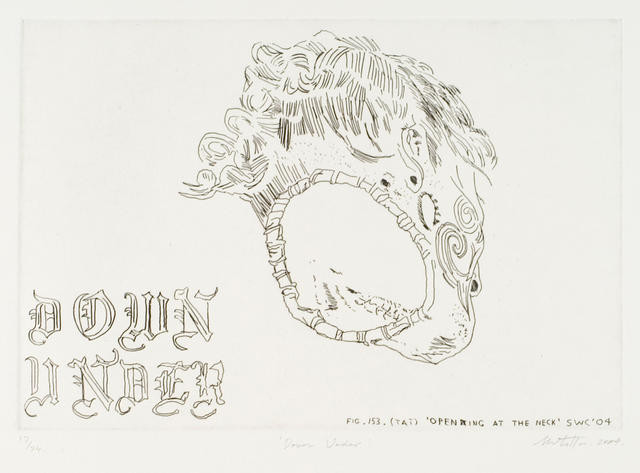