Edwyn Temple described the reddish hue of the hills in this work as being due to the burnt and scorched remains of the dense bush which once covered the entire bay. German Bay was so named after the German immigrants who settled there in 1840. During World War I, with anti-German sentiment running high, many ships refused to pick up or drop off supplies at the bay, and it became known by its original Māori name of Takamatua. Though largely self-taught, Temple would also have had painting and drawing tuition during his education in England and Italy and during his military training. Born in England, Temple served in the British Army’s 55th Regiment in Crimea and in India. He and his family travelled to New Zealand in 1879, and in 1880 he was a founding member of the Canterbury Society of Arts. Temple made many sketching trips throughout the South Island during the 1880s and 1890s. 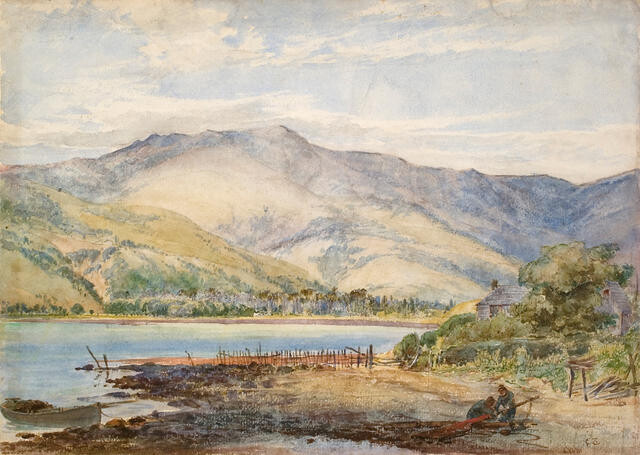