The zigzag track that leads up Nelson’s Botanical Hill to a viewpoint known to many as ‘The Centre of New Zealand’ was a favourite of Leo Bensemann’s. This delicate watercolour, depicting intersecting shadows made by the bright sunlight streaming through a stand of pine trees, is one of several views he painted there. Bensemann was fascinated by Japanese woodcuts, and his works of the 1930s often echo their flat colours and simplicity. Bensemann was born in Takaka, not far from Nelson, and often returned to that area to paint, but shifted to Christchurch in 1931, where he became a key figure in the city’s cultural life. He was an illustrator and designer for the Caxton Press, an editor of the journal Landfall, and also a member of the Group, an informal, but influential association of artists that included Doris Lusk, Toss Woollaston, Rita Angus, Olivia Spencer Bower, Colin McCahon and Rata Lovell-Smith. 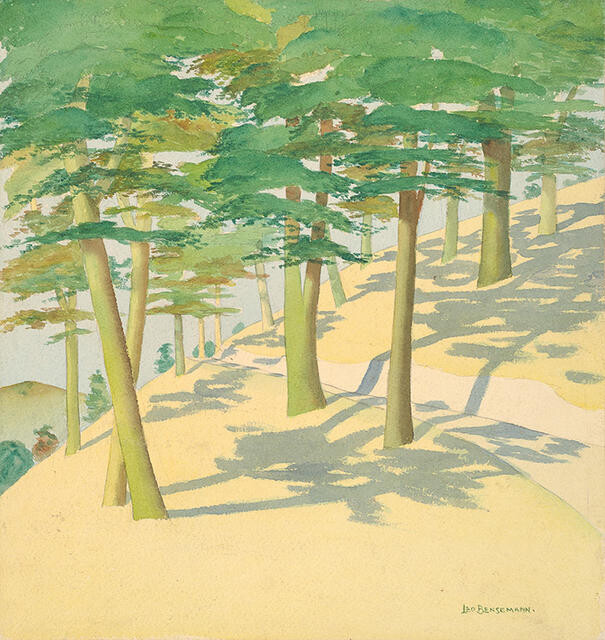