Boats and harbours were a constant feature of Rudolf Gopas’ work, perhaps because the coastal landscape of Kaikoura and Lyttelton Harbour was not unlike the Baltic coast and its fishing fleets that he had known in his homeland.

Gopas trained in Lithuania and there was influenced by German Expressionism, a style that exaggerated and distorted line and colour to create an expressive effect. Gopas’ interest in abstraction is also evident in this work. He used watercolour studies, such as this, to develop larger studio paintings.

Gopas was born in Lithuania. From 1945 to 1949 he and his wife, Natasha, lived in a refugee camp in Ehrwald, Austria, then came to New Zealand. As well as painting, Gopas worked as a photo processor in Dunedin and Christchurch, where he began exhibiting with The Group. From 1959 to 1977 he lectured in Painting at the Canterbury University School of Fine Arts where he had a considerable influence on a generation of painters. 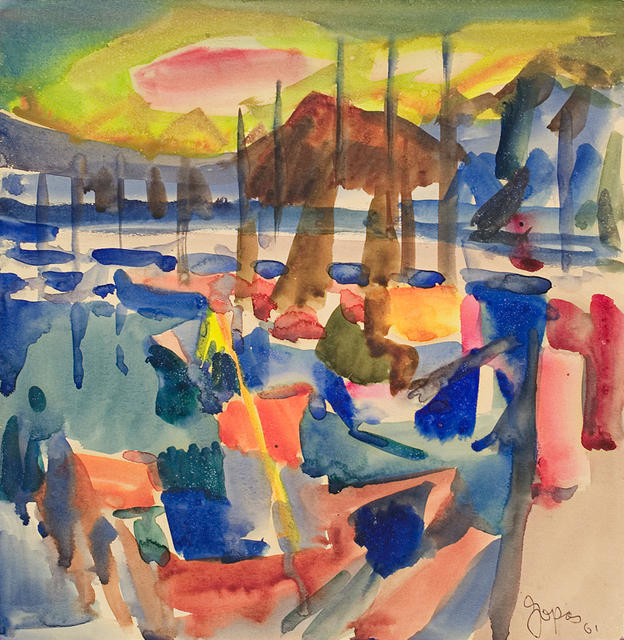