St Ives, in Cornwall, was home to an influential group of artists who came to be known as the Newlyn School. Rita Angus studied briefly in the studio of resident St Ives artist Peter Lanyon (1918-1964) when she was in Britain in 1958, having been awarded a New Zealand Art Societies’ Fellowship. In this watercolour Angus has simplified the forms into geometric planes and given each area of the composition equal emphasis. This shows another influence on her work, that of the French artist Paul Cézanne (1839-1906), to whom elements of design and composition were of prime importance. Angus was born in Hastings. In 1927 she began studies at the Canterbury College School of Art, continuing until 1933. She then worked as an illustrator for the Christchurch Press Junior. By 1955 she had settled in Wellington. On her New Zealand Art Societies’ Fellowship in England and Europe, she studied old masters as well as contemporary art. Angus died in Wellington. 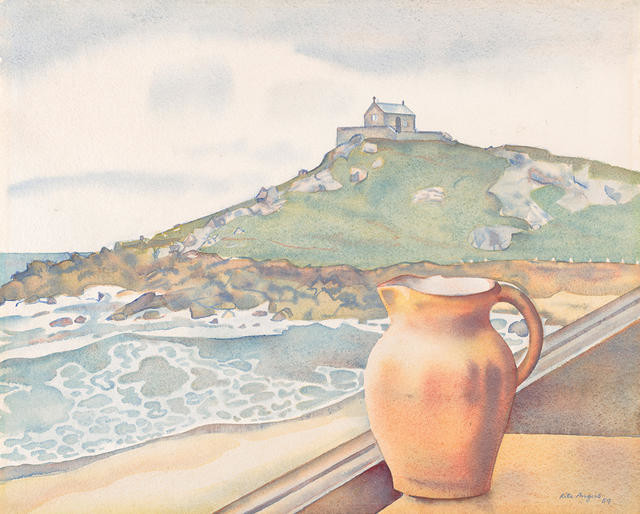