Eleanor Waymouth was born in Christchurch into privileged circumstances, the eldest daughter of Frederick and Alice Waymouth, who in 1899–1900 built Karewa, a grand Arts and Crafts house in Fendalton that was later renamed Mona Vale. While taking selected classes at the School of Art, and having private tuition from newly arrived artist Charles N. Worsley in 1901, she also began exhibiting with the Canterbury Society of Arts. Eleanor left for England in 1904 to study with Frank Spenlove-Spenlove in Beckenham, Kent, and with Stanhope and Elizabeth Forbes at Newlyn. She exhibited with the Society

of Women Artists in London in 1905 and returned to New Zealand later that year. By 1908, Eleanor was back in Cornwall, where in 1910 she married fellow student Robert (‘Bertie’) Morson Hughes; they became key members of the Newlyn artist set. She built a strong reputation for her watercolour tree studies and for her etchings, as a 1929 review noted: “She paints and etches with a clarity, and assurance of line, that enable her to express cool tree-subjects in a way that is as pleasing as it is all her own.” 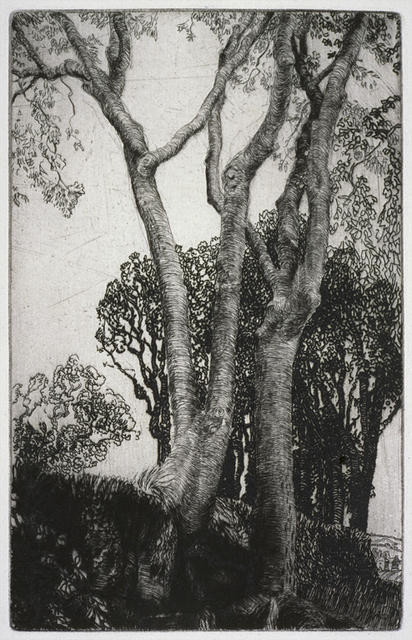