Born in Neuhausen (a small town near Worms, Germany) in around 1596, the son of a Protestant pastor, Andreas Cellarius enrolled at the University of Heidelberg in 1614. By 1625 he was employed as a schoolmaster in Amsterdam, and by 1630 at a Latin School in The Hague. In 1637 he moved to Hoorn (a town north-east of Amsterdam), to become rector of the Latin School at Hoorn, from where he produced several major scholarly works, including the Harmonia Macrocosmica. 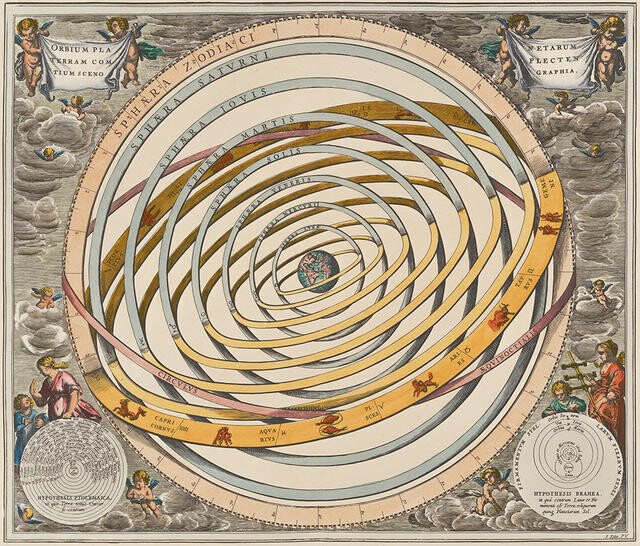