Born in Neuhausen (a small town near Worms, Germany) in around 1596, the son of a Protestant pastor, Andreas Cellarius enrolled at the University of Heidelberg in 1614. By 1625 he was employed as a schoolmaster in Amsterdam, and by 1630 at a Latin School in The Hague. In 1637 he moved to Hoorn (a town north-east of Amsterdam), to become rector of the Latin School at Hoorn, from where he produced several major scholarly works. Only 11 of the 30 illustrated plates in Harmonia Macrocosmica were signed by their engravers. This work was engraved by the Dutch mathematician, astronomer, chart maker and engraver Jan van Loon. 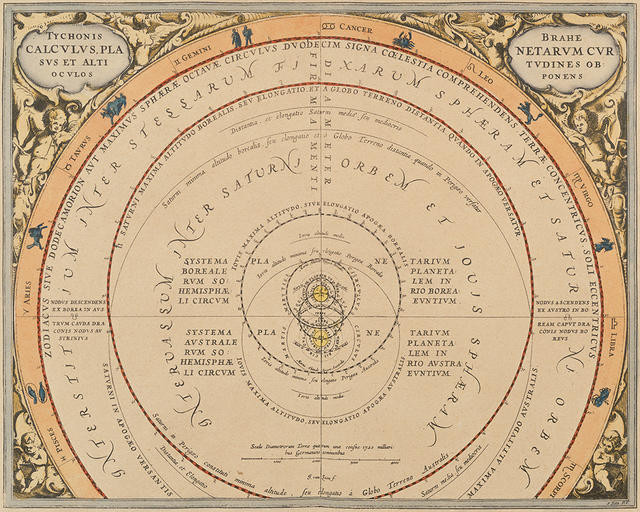