Flower studies were an important component of Margaret Stoddart’s oeuvre throughout her career. Roses, one of the most popular flowers of her day, remained a favourite subject. This early study is painted faithfully and accurately with careful attention to detail. At the time it was completed Stoddart’s reputation was growing, and she eventually established herself as one of New Zealand’s foremost watercolourists. Stoddart was born in Diamond Harbour, on Banks Peninsula, but in 1876 the family sailed for Britain and she received her early education in Edinburgh. The family returned to New Zealand in 1879, and in 1882 Stoddart enrolled at the Canterbury College School of Art. She was a founding member of the Palette Club, whose members were concerned with painting outdoors. After living in England for several years, Stoddart returned to New Zealand in 1907 and settled in Diamond Harbour. 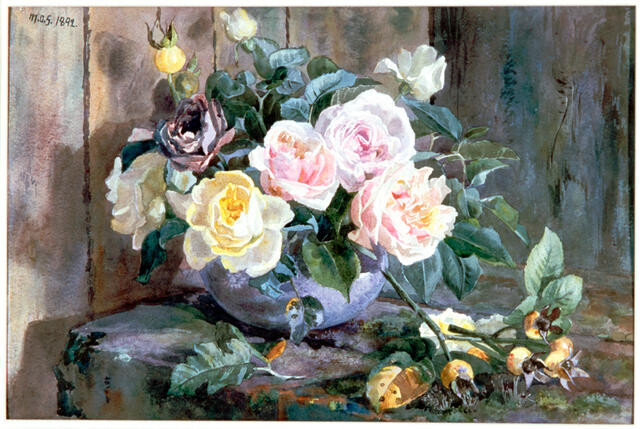