The Gallery has been actively acquiring good strong examples of artworks by Ivy Fife that show her at her best over the past two years with an aim to have her better represented in the permanent collection. Four paintings and two linocuts have been acquired, works that will easily hold their own alongside examples by her Canterbury contemporaries Bill Sutton, Rita Angus, Leo Bensemann, Doris Lusk, Louise Henderson and Rata Lovell Smith. 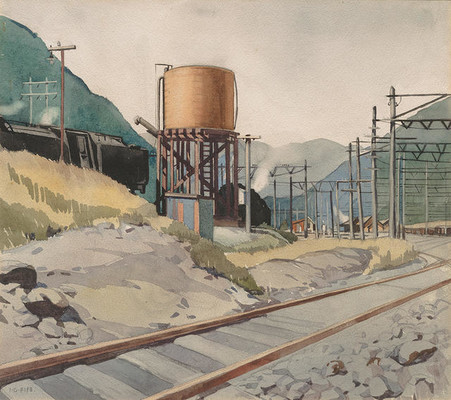 I totally fell for this watercolour when I first saw it on the walls at McCormack and McKellar’s auction house in Christchurch. This was most likely the first time the painting had been shown in public for around seventy years as it had been in a private collection. For the notoriously difficult medium of watercolour painting it’s exquisitely observed and executed and highlights Fife’s terrific skill. The industrial nature of the railway yards at Otira provides strong links with several other works in the collection including the Christchurch Gasworks paintings by Rita Angus and Doris Lusk, Angus’s and Rata Lovell Smith’s trainscapes, 'Cass' and 'Hawkins', as well as Louise Henderson's 'Addington Workshop'. Fife's 'Otira Railway' is a stunning painting with strong local connections. It helps to cement her position within that hallowed circle of 20th century Canterbury landscape painters…even though it is a West Coast scene. 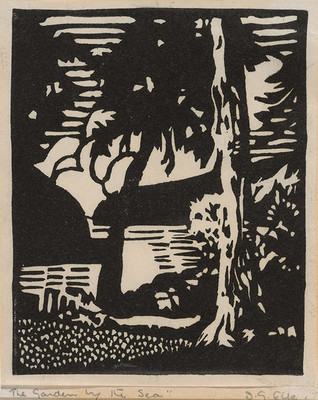 This wee gem is the view of the bay at Little Akaloa on Banks Peninsula / Horomaka from the reserve on the beachfront to the left of the stream flowing through the valley. Ivy visited this bay several times and painted this same scene as well as the view looking out over the Long Lookout nearby. 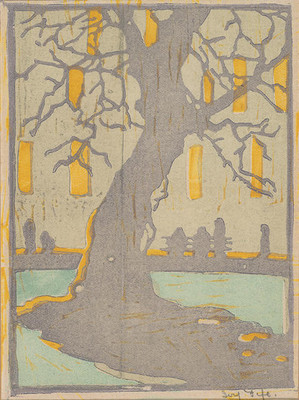 This colour linocut depicts the apartment block on Broadway Avenue in Palmerston North / Papaioea where Ivy’s brother Cliff lived with his family. The building and tree in the foreground both still stand today. Ivy’s brother Cliff was a soil scientist at Massey University and Ivy made regular trips north to stay with them.