Great to read in the latest New Zealand Heritage magazine (winter, 2014) that planning is now well underway to resurect the Lyttelton Timeball Station 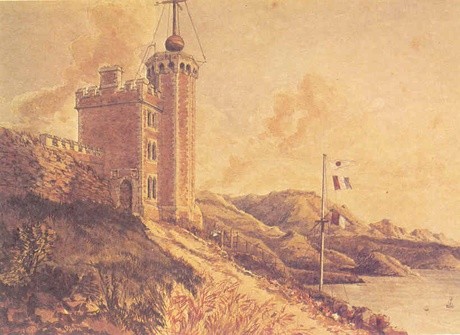 The rebuild of the Timeball Station is at least one good outcome for heritage buildings in this town. Remediation work on the site is underway and eventually the tower will be rebuilt and the timeball mechanism put to work once again. The building was originally designed by the Canterbury Provincial Architect, Thomas Cane, in 1875 and remained one of his, and the South Island's, most significant buildings untill the aftershock on 13 June 2011 finally caused its partial collapse. The site is perhaps the best in the harbour, with expansive views taking in Lyttelton township, Quail Island and the southern end of the harbour and also east towards Diamond Harbour.