My friend's daughter visited our ArtBox show Burster Flipper Wobbler Dripper Spinner Stacker Shaker Maker (on till September 28!) on a school trip recently and was captivated by Steve Carr's Screen Shots videos, in which a paint-filled balloon bursts in super slow motion. 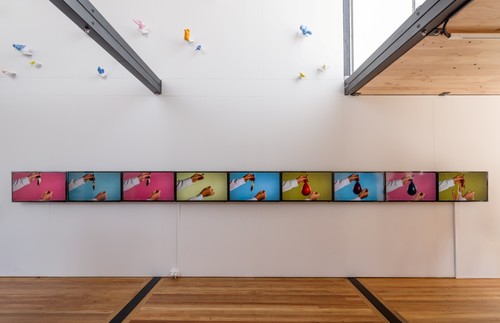 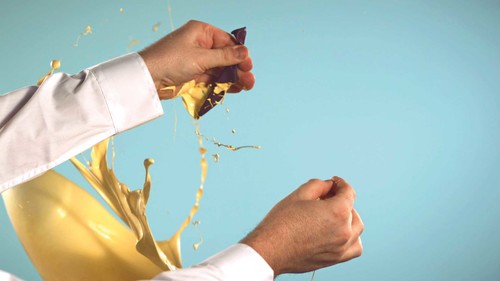 She was especially interested because she was already a fan of 'The Slow Mo Guys' - two British wags who conduct progressively more extreme 'scientific' experiments in their back garden and film it with a camera similar to the Phantom HD that Steve used.

They've filmed all manner of things - popcorn popping, a melon being split by a firecracker, a bullet being fired underwater - converting these everyday phenomena into sights that - if not quite so transformative as Carr's own works - still make for engrossing viewing. Here they capture droplets of liquid colliding at 5000 frames per second and here - because who doesn't love a youtube cat video? - you can witness the incredible, gravity-defying feat of their (female) moggy, Lloyd.