A stunning visit to Houghton Hall 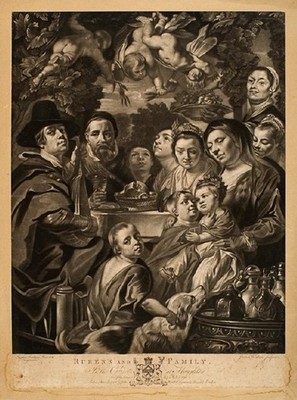 The painting that this print depicts is now known as Self-Portrait with Parents, Brothers, and Sisters and is attributed to Jacob Jordaens (1593-1678).

Thanks to the Sir Joseph Kinsey bequest, there are 45 prints in the Gallery collection that depict works once held in the collection at Houghton Hall in Norfolk, England. The prints were commissioned because the paintings that they depicted were about to be shipped off to Empress Catherine the Great of Russia. This caused a minor scandal at the time and prompted the British Museum to petition Parliament, unsuccessfully, to stop the sale. The collection of mostly Dutch and Italian old masters was one of the most fabulous in, Europe, certainly the most fabulous not in royal hands. It had been assembled by Britain's first prime minister Sir Robert Walpole (1676-1745), but his grandson, the Earl of Orford (1730-1791) ran up fabulous debts of his own that could only be settled by selling the family art collection.

The works were duly shipped and so formed the basis of what is now the State Hermitage Museum in St Petersburg. Houghton (the first syllable rhymes with 'how', not 'hoe') had been built to contain the paintings and when some of them were onsold by the Russians in the twentieth century, the link with Houghton was further weakened.

However this year sees the exhibition Houghton Revisited in which over 50 works have made the return journey to Norfolk to be placed in their original positions, which are precisely known due to the series of prints, some of which we have here in Christchurch. Most have come from the Hermitage, with others from museums across Europe and America. In most cases they fit with exquisite precision back into the very niches and panels designed for them. The artists include Van Dyck, Poussin, Albani, Rubens, Rembrandt, Velazquez and Murillo and although they may not be to everyone's taste, there is not a dud amongst them and their reflection of one (very rich) man's collecting taste is pure magic.

I visited last weekend and it came close to the perfect art gallery visit: tickets are timed so the place is not crowded, the exhibition is small and perfectly conceived, the works themselves are wonderful, the integration of the art with its surroundings is flawless, the building sits in a stunning English deer park, even the sun was shining!

If anyone reading this is anywhere near the UK before the end of September, a trip to Houghton is absolutely not to be missed, whatever the weather! 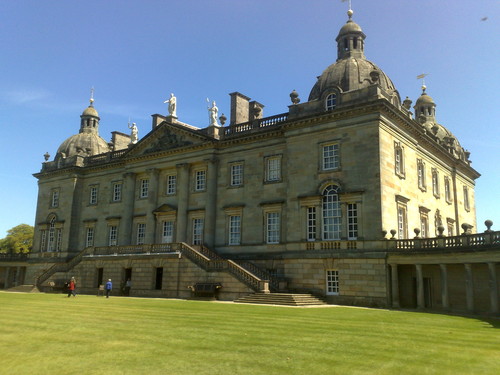 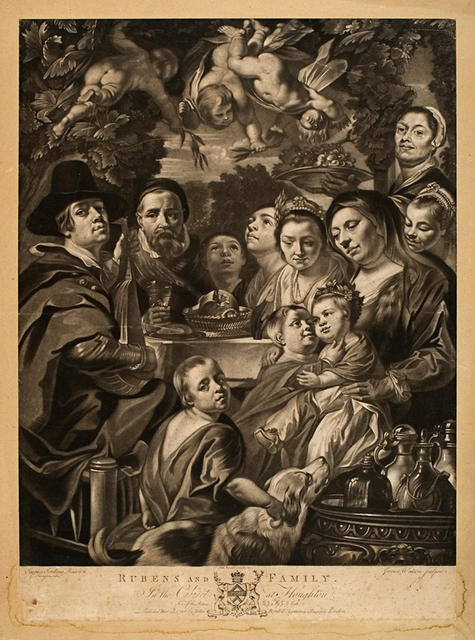 James Watson Rubens And Family (In The Cabinet At Houghton) 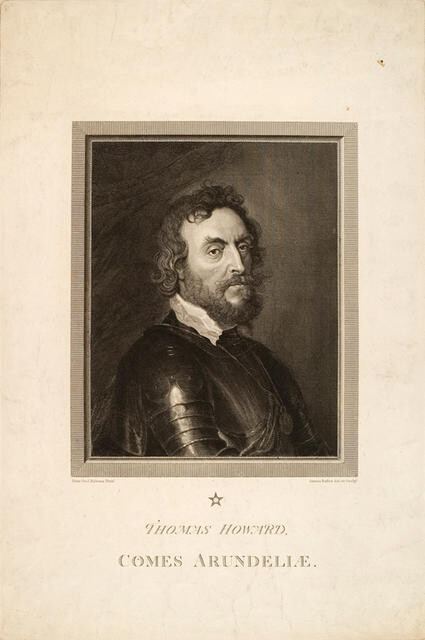 This print depicts part of the painting by Sir Peter Paul Rubens (1577-1640) entitled 'Portrait of Thomas Howard, 2nd Earl of Arundel', now in the collection of the Isabella Stewart Gardner Museum in Boston, USA. 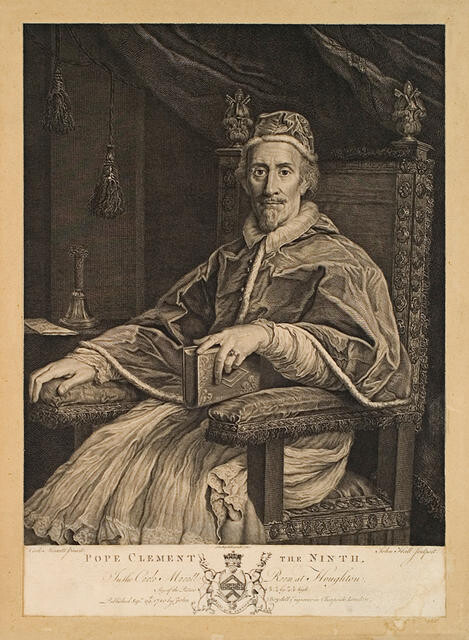 This print depicts the oil painting of the same name by Carlo Maratti (1625-1713), now held in the State Hermitage Museum, St. Petersburg. 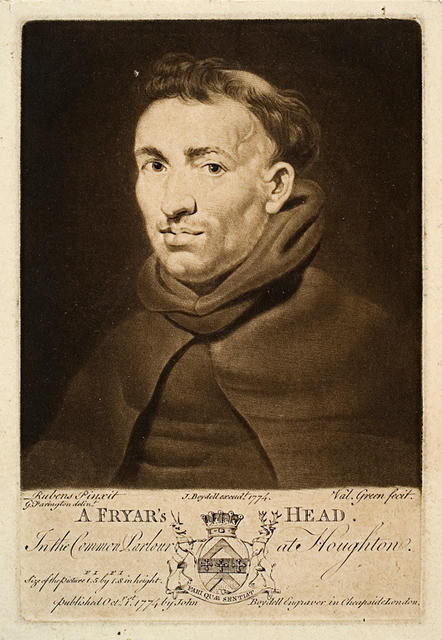 Valentine Green A Fryar's Head (In The Common Parlour At Houghton)

This print depicts the painting now known as Head of a Franciscan Monk by Sir Peter Paul Rubens (1577-1640), now in the State Hermitage Museum, St. Petersburg. 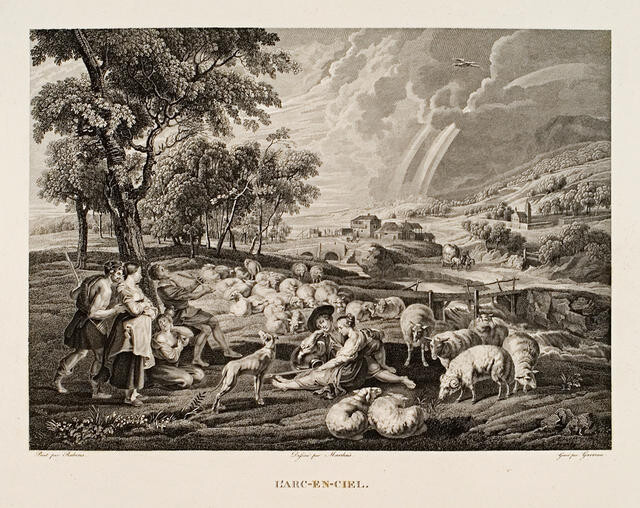 This print depicts the oil painting 'Paysage à l'arc-en-ciel' by Sir Peter Paul Rubens (1577-1640), now in the collection of the Musée des Beaux-Arts, Valenciennes, France. It was transferred to this museum from the Louvre Museum in 1957