Across the channel to Dordrecht in the Netherlands

This painting by Charles Haité had long been recorded as a canal scene in Venice which seemed unlikely given the architecture and the sky. And so to the National Art Library again and the discovery of the catalogue of an exhibition held at the Japanese Gallery, London in 1903 of Haite's 'Views of Dordreht'. His visits to the Netherlands, and specifically to Dordrecht, are confirmed in other sources.

Having picked up a good scent I asked Jan Alleblas, the archivist at the Erfgoedcentrum (Heritage Centre) for Dordrecht if the scene was recognizable. Back came the immediate reply that this was in his opinion the Wijnhaven (Wine harbor) between de Turfsteiger and de Kerksteiger.

Below are a modern photograph and the Google StreetView of the scene, both of which confirm the diagnosis. 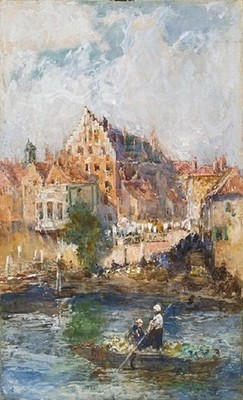 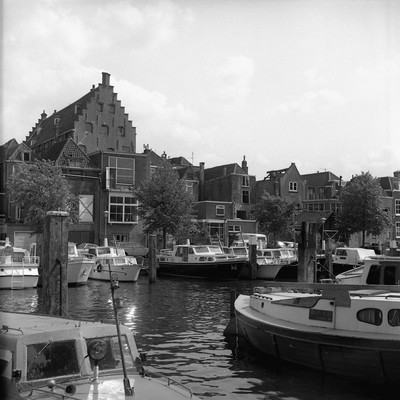 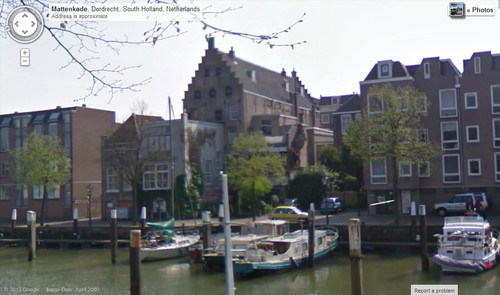 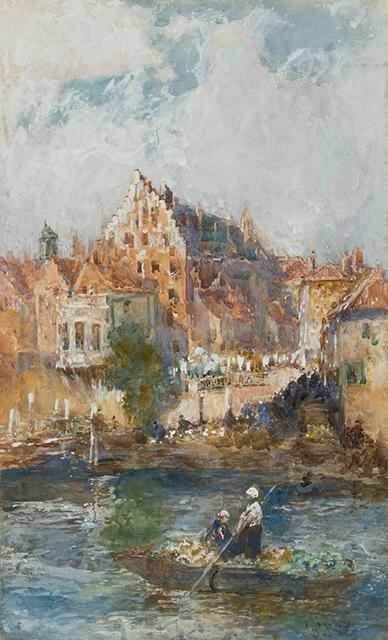