I once met James Bond.

He was drinking lager on his own in a bar in Glasgow. In a white tuxedo. It was a Wednesday night.

Although he was genuinely a James Bond (I saw his driver's license, and sadly the massive 007 tattoo he was so keen to show off on his arm...), he clearly wasn't the James Bond - the success of the franchise rests on rather more charismatic shoulders. But I mention this because today is of course Global James Bond Day, celebrating the 50th anniversary of the first Bond film. And it just so happens that we're got a bit of the real Bond in our collection. 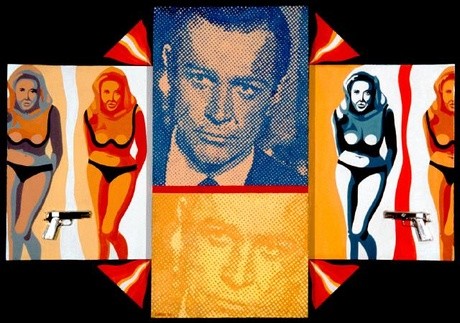