On the 8th of October 1953 what has been described as the Last Great Air Race got under way when an assortment of both civil and military aircraft departed Heathrow Airport, London to race each other halfway round the world to Christchurch. 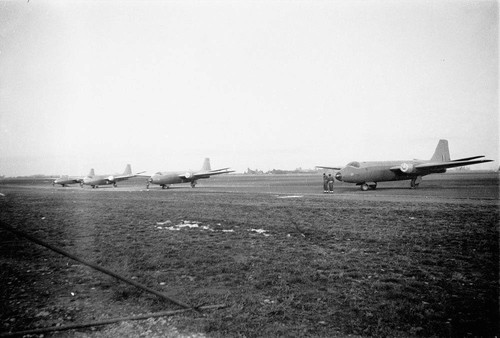 This photo, taken at Christchurch Airport after the race, shows the line up of Canberra jets from the RAAF and RAF that took part in the race. An RAF Canberra, piloted by Flight Lieutenant Roland (Monty) Burton, won the race and became the first flight from the United Kingdom to New Zealand to be completed in under 24 hours. That's 18,977 kilometres in 23 hours and 50 minutes. 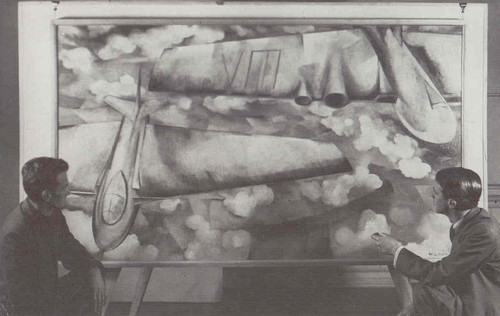 The air-race was the subject of a large painting by Colin McCahon who had been commissioned by Tasman Empire Airways Limited to commemorate the event. TEAL's reception to the painting was cool at best and as Gordon Brown has noted the airline company was more concerned with factual accuracy of the aircraft than what McCahon offered. While the artist was paid for the commission TEAL put the work into storage where some years later the painting, which had been completed on hardboard, was cut up for more 'practical' use.

You can see a Canberra jet at the Royal New Zealand Airforce Museum at Wigram, one of the few museums open in Christchurch at the moment. Check it out.