Today is the anniversary of the Battle of Solebay, fought between the English and the Dutch in 1672.

And I know this because the Gallery owns an engraving that depicts the scene. Here is part of it, in close-up: 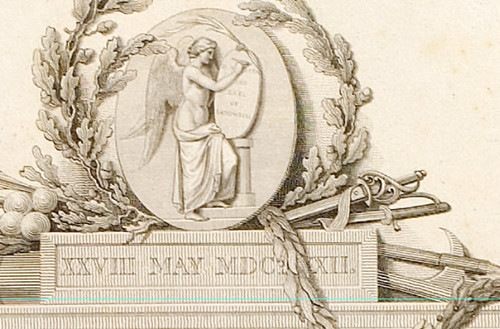 The Battle of Sole Bay cost Edward Montagu, the first Earl of Sandwich, his ship, the Royal James, and his life. His body was carried back to London where it received a full state funeral as a national hero. He was buried in Westminster Abbey.

His great-grandson, the fourth Earl of Sandwich (1718-1792) was Cook's sponsor, after whom the Sandwich Islands were named.

Our engraving was made in London and published by Robert Bowyer (1758-1834) in 1797. This was arguably the Royal Navy's golden age, when remembering earlier engagements and earlier heroism in print would have made a great deal of commercial sense. 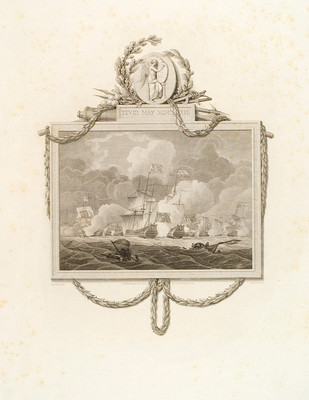 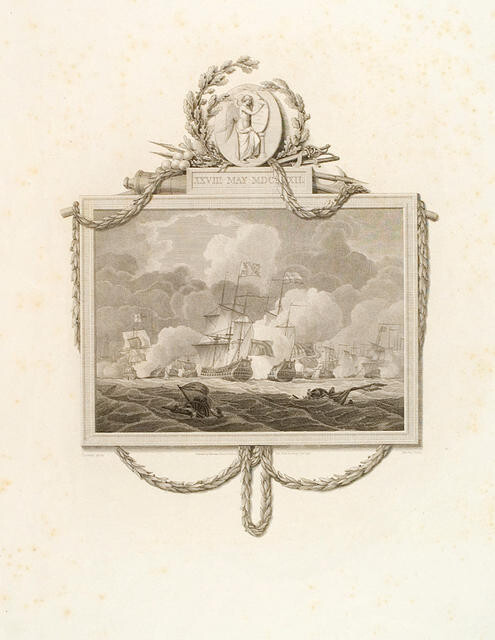