Benjamin Mountfort was born today in 1825. 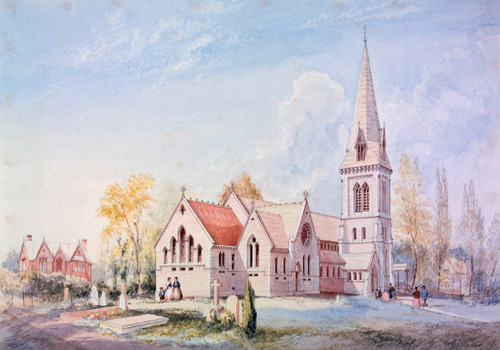 Collection of the Church of the Most Holy Trinity, Anglican Parish of Avonside

On 29 October 1874 the foundation stone was laid, as described here in The Star. 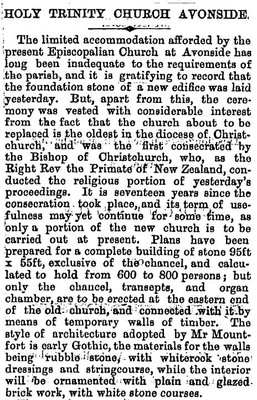 The church has now been demolished and the site has been cleared. 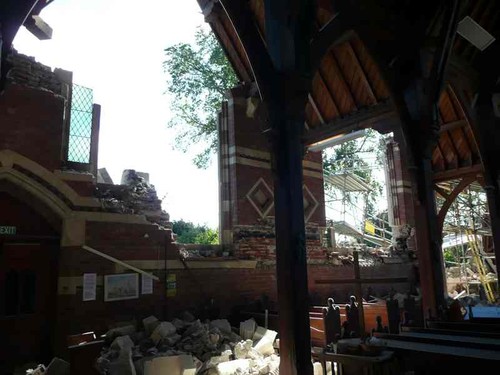 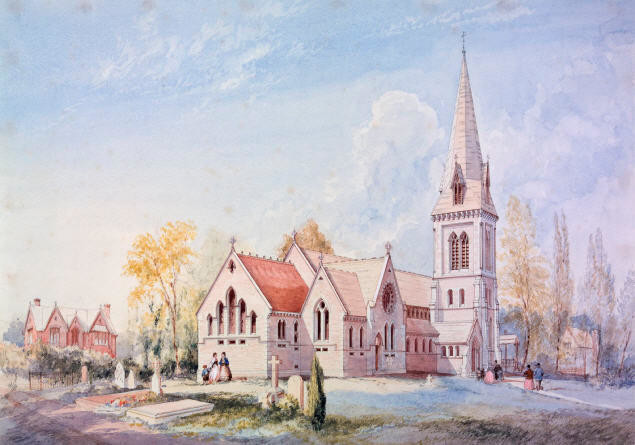 Sadly demolished due to damage sustained by the 2011 Christchurch earthquakes, Holy Trinity Church was one of architect Benjamin Mountfort’s most accomplished designs. To complement the church, Mountfort also designed all the interior fittings and furniture. Completed more than twenty years after he arrived in the colony, the Holy Trinity Church was the first church Mountfort was able to design using stone. Mountfort trained in England under the notable Gothic Revival architect Richard Carpenter, and his Revival style suited the Canterbury Association’s ambition to transplant English culture in the colony. Some of his buildings in Ōtautahi / Christchurch were demolished over the years, and the earthquakes of 2011 also took their toll, but Canterbury Museum, the Canterbury Provincial Council Buildings and Trinity Congregational Church survived – with the last two currently undergoing major restoration and strengthening projects.