Muka Studio, Auckland's renowned lithographic workshop, closed on 3o September this year after operating for the past 25 years.

Frans Baetens and Magda Van Gils, the owner operators, collaborated with many artists over the years including John Reynolds, Gretchen Albrecht, Ralph Hotere and Tony Fomison. Fomison in particular took to the lithographic medium like a man possessed in the period between 1984 and 1986, producing more the 50 lithographic prints with Muka.

It's great to hear that Muka's impressive 135 year-old lithographic press (which weighs a staggering 7.5 tons) is to be relocated to a purpose built studio at the Southland Gallery where an artist's residency is also to be established. 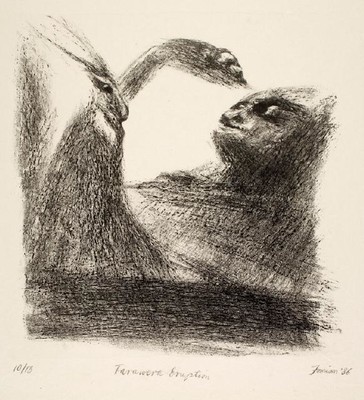 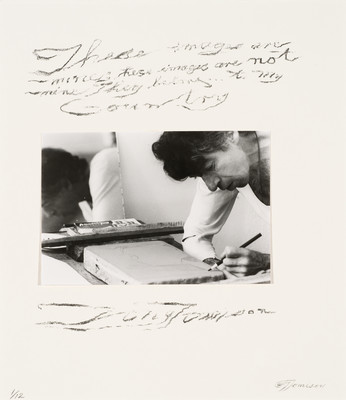 Photograph of Tony Fomison working on a lithographic stone at Muka Studio which appears on the title page for his 1984 folio produced by Muka. Collection of Christchurch Art Gallery Te Puna o Waiwhetū, purchased 1985 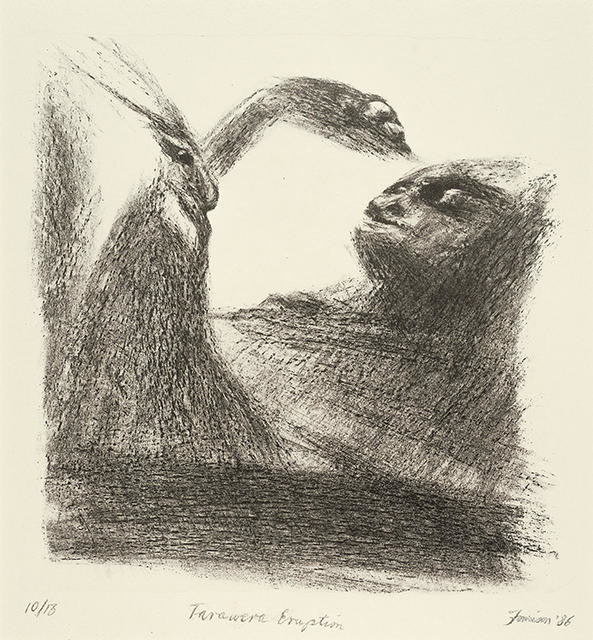 Tony Fomison was a highly accomplished painter and draughtsman, and it was these skills that he brought to bear in his body of lithographs produced in the mid 1980s. Fomison enjoyed working with lithography, particularly the immediacy of the drawn mark and the grainy texture of the stones on which he drew directly. He often incorporated the darkly evocative, dreamlike subjects found in his paintings into his lithographs, which in turn came to influence his late period paintings. In the late 1980s, not long before his death, he commented that his lithographs had had a direct effect on his painting.

While Fomison had dabbled with lithography in the early 1970s, he never really incorporated the medium into his work until the mid 1980s. Between 1984 and 1986 he worked intensively with Muka Studio, producing over fifty lithographs – a remarkable body of work to emerge over such a short period. 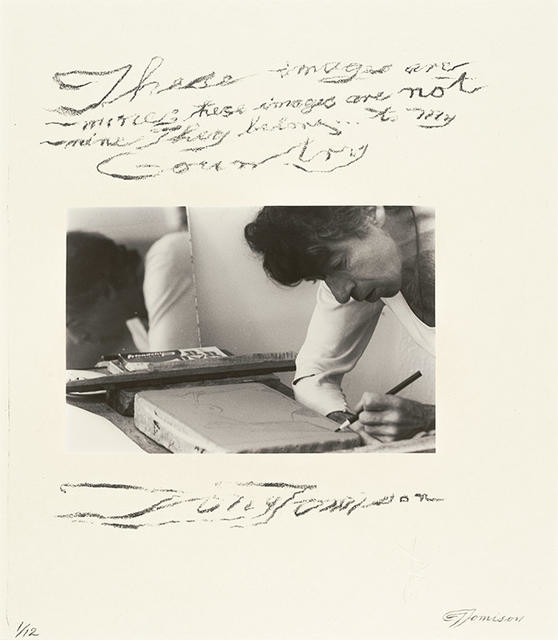