Douglas MacDiarmid reads his own verse. This love poem is dated 19 January 1946 and was written while travelling through Canterbury by horse and cart. 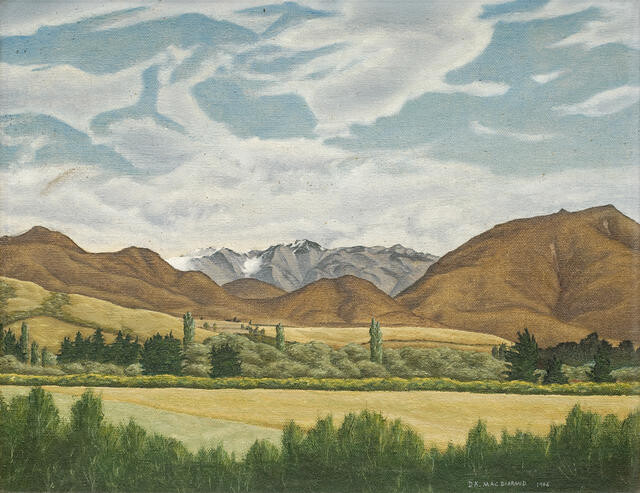 After a stint at the Wigram Air Force Base in Christchurch with the Royal New Zealand Air Force during World War II, Douglas MacDiarmid found the need to get away to the country for a well-earned sketching holiday. It was here that Hills from Annat was completed. He said of this time:

'I had been able to lay my hands on the last covered wagon in the South Island, also to hire a fine white mare. Off we drove in a flourish then for a month, Blanche, Buddy, me. We were headed for the rolling country where the Canterbury Plains are not yet hills finishing as Alps. At no more than a clip-clop pace it is possible to approach with peaceful observation, meditation merging as no motor vehicle will allow.'