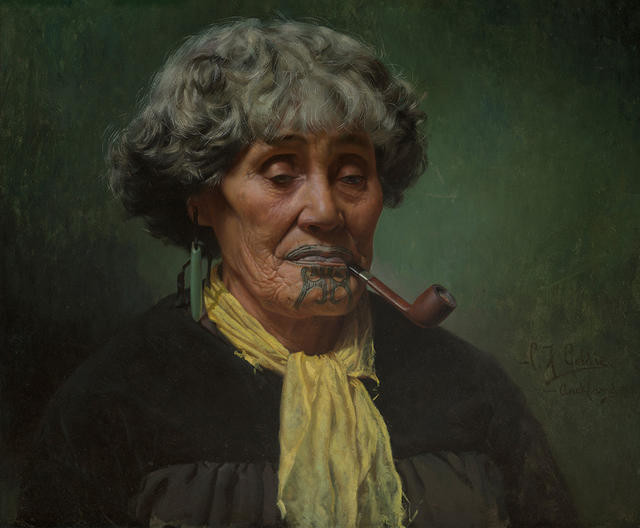 Ina te Papatahi lived at the Waipapa Māori hostel in Mechanics Bay, Tāmakimakaurau / Auckland, not far from Charles Goldie’s Hobson Street studio. She sat for him many times, the first time in 1902. The niece of prominent Ngāpuhi rangatira (chiefs) Eruera Maihi Patuone and Tāmati Waka Nene, both signatories of the 1840 Treaty of Waitangi, she was well-connected and introduced Goldie to many other Māori who agreed to sit for him. Ina te Papatahi was later remembered by Goldie’s friend, the writer and historian James Cowan, for her “very likeable nature”, “keen sense of humour” and the “great interest [she took] in the painting of her portrait”.