The works of Bryan James and Robin White will be featured in the Print Gallery. Both artists are represented by their woodblock prints and it is of interest to note that Bryan James is technically one of the most exciting artists working in this medium. He makes no concessions to technology, preferring to produce the prints by hand in the Japanese manner rather than using a press. He also exercises great control over his work, from the selection of suitable timbers to the finished print. In the majority of the works shown, a single hand coloured block has been used, rather than several blocks overprinted.

Both Robin White and Bryan James have been active in the Dunedin area. 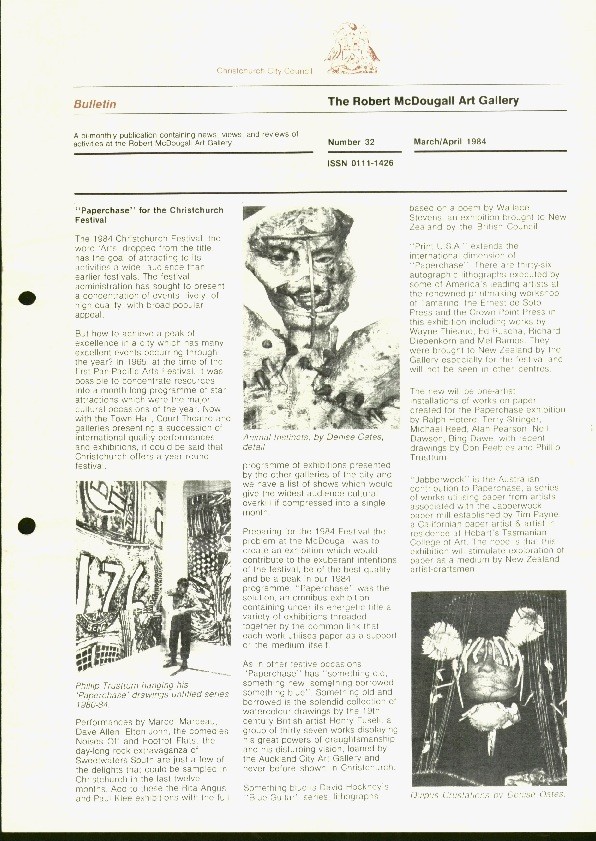