Combining traditional referencing with current issues, Nga Matatini Māori is a selection of contemporary Māori art from the Gallery's collection. It brings together works of diverse age, appearance and content, and features both paintings and sculpture.

One of New Zealand's most respected artists, Ralph Hotere is represented by work which embraces universal, rather than specifically Māori, concerns. Although he does not view himself as a political painter, he frequently voices concerns about the human condition and the environment. Hotere has said, 'I am a Māori by birth and upbringing. As far as my work is concerned this is coincidental.' By contrast, the issues surrounding art and culture are central to the work of Peter Robinson. His 'percentage painting' contain references to Māori genealogy, and explore the way some artists can be seen as 'cashing in' on the current demand for fashionable and bankable Māori art. Robinson works within established European artistic traditions whilst also exploring both contemporary Māori issues and those personal to him.

Robyn Kahukiwa is well known for her series of paintings celebrating the essential female element in Māori mythology which formed a touring exhibition. Kahukiwa combines traditional Māori patterns, motifs and subjects with the Western materials of oil on canvas, saying, 'There's still a place for the traditional art in the meeting house, for example, but to say things about being Māori now I've got to use today's medium.' Kahukiwa's Tena I Ruia, which represents a women's haka, articulates and celebrates the strength of women within the Māori culture.

Robert Jahnke's German/Samoan/Māori/Irish ancestry makes him a personification of the Pacific/European mix that is 1990s New Zealand. Although an advocate of bi-culturalism, he explores concerns about the injustices done to Māori in his work. His sculpture For King and Country makes use of the political, spiritual and practical significance the axe has had in both the Māori and the European tradition, as a weapon of war, of settlement and of protest. He reimagines colonial relationships in a way which is dramatic, yet enigmatic; unstable, yet full of possibities: 'I provide the metaphors and, I hope, enough ambiguity and interplay to allow for rich interpretations. If other meanings are brought to the work then that's an added bonus.'

With these, and with other Māori art works from the collection, Nga Matatini Māori aims to examine the range within the Māori art in the McDougall collection, looking back with respect at the work of the past, and ahead with anticipation towards the art of the future. 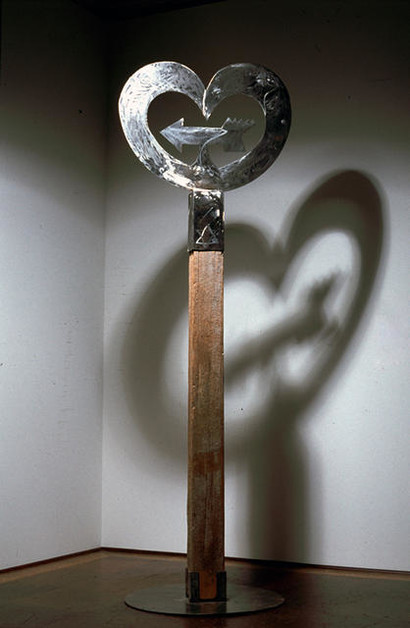 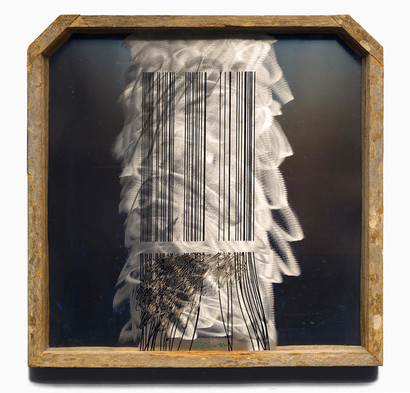 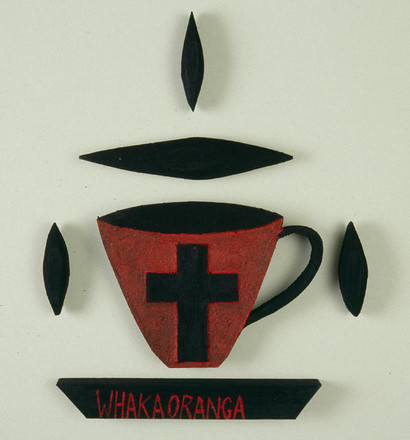 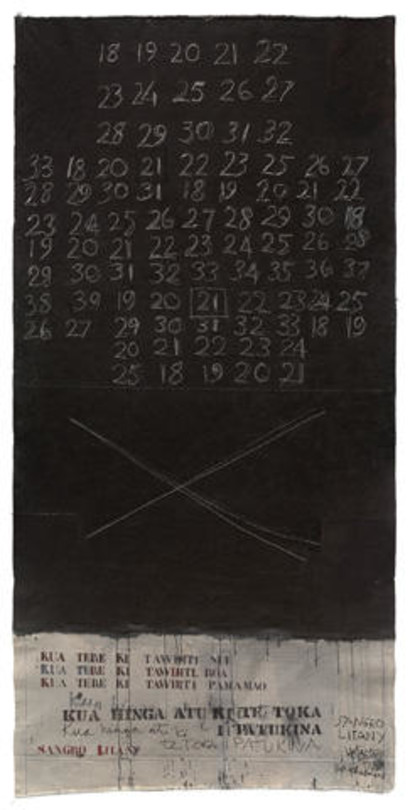 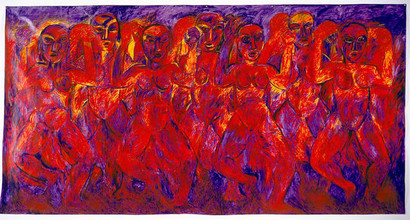 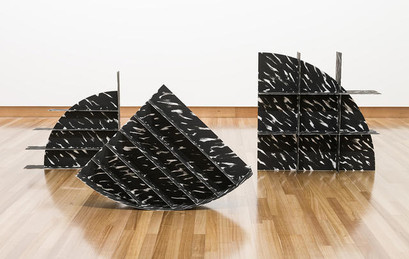