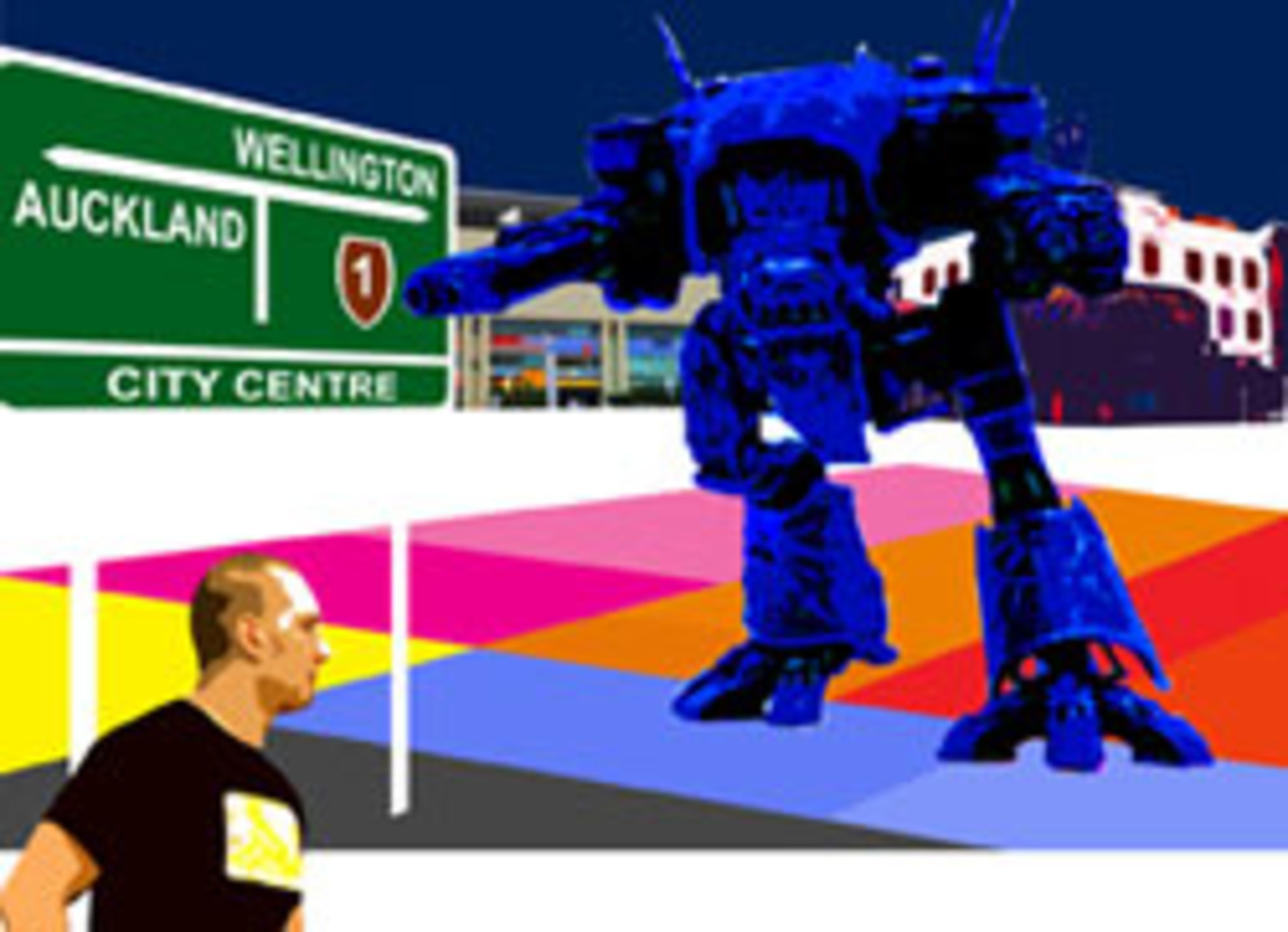 INTRODUCTION TO THE ARTIST

Kelcy Taratoa, 34, has been hailed as one of New Zealand’s most exciting young artists, bringing a new presence to New Zealand art. His work explores popular culture, personal identity and what it means to grow up as a Māori in the city. He is of Ngaiterangi and Ngati Raukawa descent. Through his work he acknowledges his disassociation from any positive sense of identification with his Māori ancestry, growing up in a detribalised typical urban New Zealand setting. The landscapes in which his self-portraits dwell are suburban and capture the debilitating sense of soullessness that may be experienced in many New Zealand cities and towns. Through his studies in Māori Visual Arts at Massey University, completed in 2005, where study of New Zealand history played an important role, he came to assertively appreciate the value of his own individual story and path.

INTRODUCTION TO THE EXHIBITION

Large-scale, hard-edged and intensely colourful, Taratoa’s paintings demand to be noticed, depicting a personal journey of growing up without traditional cultural influences but submerged in an abundant pop culture. The works reflect vivid urban landscapes and audio soundscapes loaded with Kiwi culture and familiar cues. His work is populated with comic book superheroes and action toys – Space Invaders, paddling pools, Transformers and BMX bikes – and self-portraits either recent or sourced from childhood photo albums. The works are quietly confrontational. Multi-layered in both composition and possibilities for interpretation, they convey a psychological landscape and contain a voice and story that is both recognisable and unexpectedly revelatory. Taratoa’s work recognises the impact of his environment with its own distinctive territoriality, with neighbourhoods delineated by street signs and highway shopping strips, median barriers and traffic lights, and emblazoned with signs of warning or the enticements of western commercial culture.